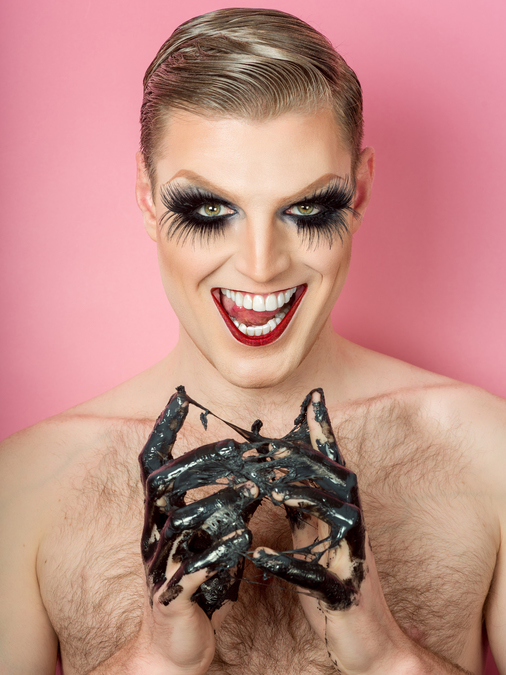 As “camp” becomes yet another buzzword, collateral damage in the commodification of queerness by the media and commercial entertainment, it’s reassuring to witness Reuben Kaye’s whole-hearted display of cabaret-inflected “faggotry”. Importantly, nowhere does Kaye attempt to make himself palatable to the cis-heterosexuals in the audience. With its slipshod costume changes, alternative Australian national anthems and plethora of rhinestones, Reuben Kaye’s cabaret explores the endless creative possibilities of bad taste.

He avoids adopting more sanitised material, clearly exercising the "right to offend" throughout. At times, this feels like a necessary antidote to the performative political awareness that has become endemic on social media. At others, however—such as the case of an early, ill-advised Anne Frank joke—it can feel like Kaye’s wasting his comedic capabilities on cheap laughs.

Littering his speech with “high culture” nods, from Albert Camus to Bernini, Kaye makes his range as a performer clear from the offset. He undercuts this more literary humour with puerile visual jokes about blow jobs, as well as moments of aching tenderness as he recounts the anti-queer sentiment he was exposed to as a teenager.

With lightning-quick changes in tone, the kind that could give you whiplash, Kaye delivers a raucous hour that keeps his audience on its toes. However, you can’t help but wish that Kaye kept the focus more on himself—he is the star after all—rather than baiting the cis-heterosexuals in the audience.