Review: Scotland Bingo! with The Latebloomers

Uncomplicated bingo with a side of shortbread and irn-bru 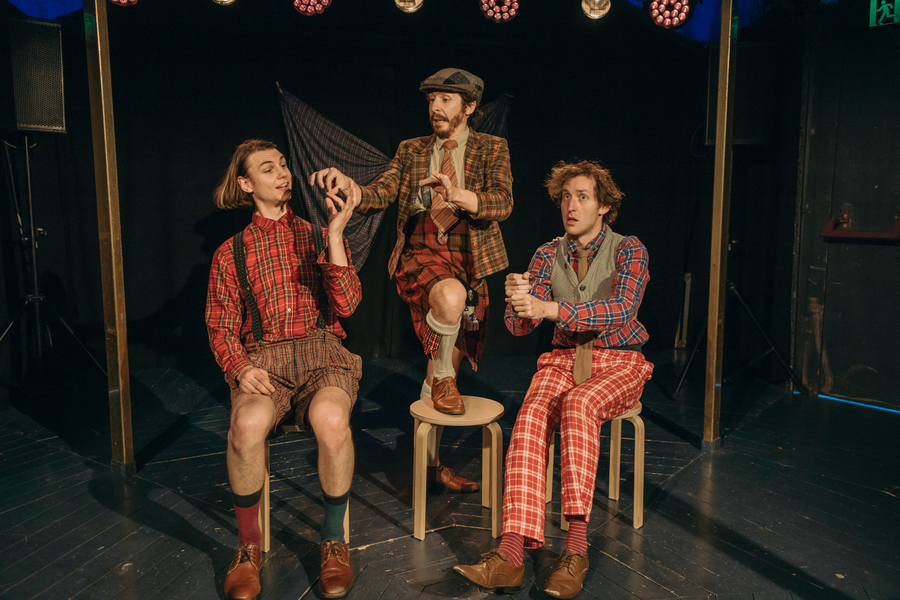 Scotland Bingo! with The Latebloomers does exactly what it says on the tin. Audiences are ushered in and given shortbread by The Latebloomers, who are decked out in tartan trews and ‘see you Jimmy’ hats. Bagpipe music plays across the room. Irn-Bru and Scotland-themed books adorn the stage. And then you play bingo.

The bingo itself is straightforward and largely gimmick-free, punctuated a few times by Scotland-themed audience challenges. In the latter half of the night guest acts are invited on stage to break up the bingo calling but the pace is slightly confusing, with long periods of bingo and then multiple interruptions in quick succession.

At points, such as when winners are invited on stage, The Latebloomers display flashes of the comedy they have made their name with, performing short physical skits with winners before presenting their prizes. But for the most part this is an uncomplicated bingo game made Scottish by the set, costumes and soundtrack more than any particular content.

As a late-night offering only available on Saturdays, Scotland Bingo! will be a solid way for Fringe revellers to see in the wee hours, if only because the game itself will always be a hit and The Latebloomers are undoubtedly charming and funny. With more structure and sharper content, they could be onto a real winner. For now, the possibility of a ‘full hoose’ and a can of Irn-Bru will suffice.