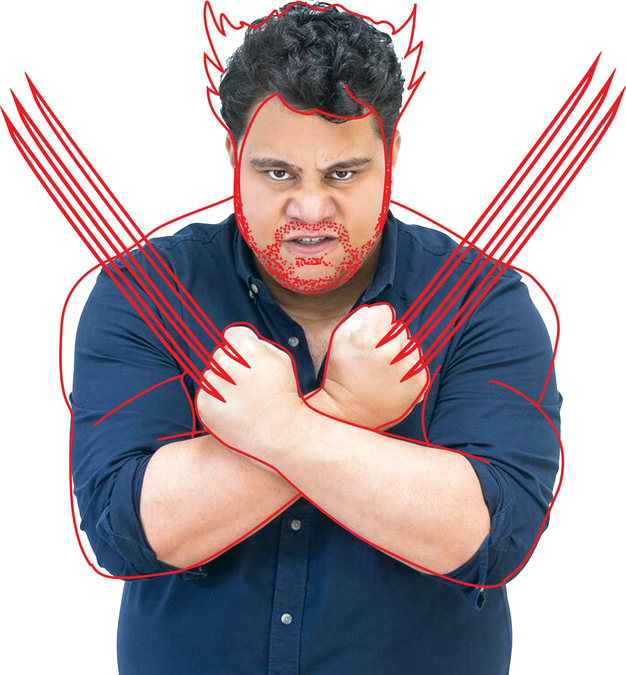 Rutene Spooner’s drama teacher once told him that charisma isn’t enough – you’ve got to work really, really hard. And so he does. This autobiographical, one-man cabaret leads a charmed audience through Spooner’s tough transformation from a young Māori boy obsessed with Hugh Jackman’s macho, mighty Wolverine to an all-singing, all-dancing, high-kicking musical theatre star.

Playing to both Marvel and musical theatre fandoms, Spooner crafts a creative, crossover universe filled with plucky training-montage moments, excruciating auditions and soul-baring success. The plot rests on the supposed incompatibility between jazz hands and the haka, but as this warm, energetic show makes perfectly clear, Spooner doesn’t need to choose. Like the Greatest Showman himself, he can be both.

It’s an easily digestible message but one that’s heartfelt and emphatic. Spooner’s original songs riff on the soundtracks from Jackman's most famous performances on stage and screen, offering nuggets of pub-quiz-winning info about the star's early career. He expertly navigates acoustic balladry, show tunes, dry ice and dance tracks, with accessible in-jokes providing the punchlines.

Spooner’s voice is bold and versatile, but sometimes an extra verse or two disrupts the pace of the proceedings. The momentum drops when Spooner’s own story isn’t driving the narrative, as it’s him—not Jackman—that’s the real star of this show. Still, patience is rewarded by a silly, winningly home-made pitch for a full Wolverine musical, replete with a Chicago-style tango. So convinced are his audience that it could easily be a stand-alone show next year. Jazz-claws at the ready.