A charismatic performance of a show that lacks drama 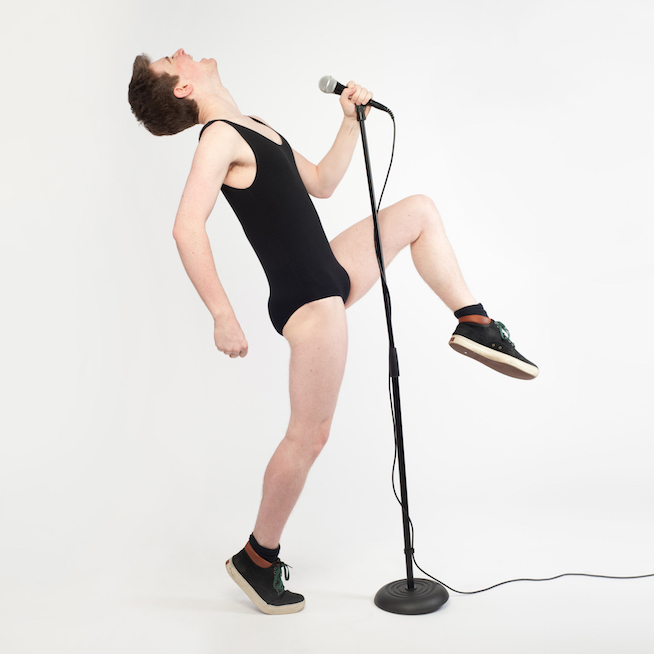 Simon David wants to be a star and Virgin, in which he recounts how he got to the grand old age of 23 with cherry still intact, is his attempt to make that dream a reality. Once record producers see him in action, singing his songs and telling his story, they’ll offer him a deal on the spot – or at least that’s the plan.

David certainly has star quality, and if he’s ever actually in the market for a record deal (Simon’s onstage persona is both him and not-him, a character dreamt up by David and co-writer Chris Larner), I wouldn't bet against it happening. Camping it up in a Beyoncé-inspired leotard—all stars need a look, and he likes what Bey did in the video for ‘Single Ladies’—sashaying around in front of his long-suffering band of three and cracking terrible gags, there’s a magnetism about David that charms this Wednesday night audience.

It’s not enough to make up for Virgin’s complete lack of dramatic tension, alas. David’s story—of not having sex with his first girlfriend to stay on the right side of his Christian beliefs, going to drama school, coming out as bi and falling in unrequited love with a man—is just not all that interesting. He and Larner’s songs are catchy and enjoyable but there’s no coherence here. It feels more like a playlist than the one-person musical memoir that it’s striving to be.

And David needs a more disciplined approach to improvisation. He’s naturally funny and quick, but several throwaway gags are laboured to the point of embarrassment. Similarly, a small amount of self-deprecation goes a long way; too much and you undermine your efforts.

David might well become a star one day, but he’s got a few lessons to learn before he gets there.