Review: Anna and Helen: Stuck in a Rat 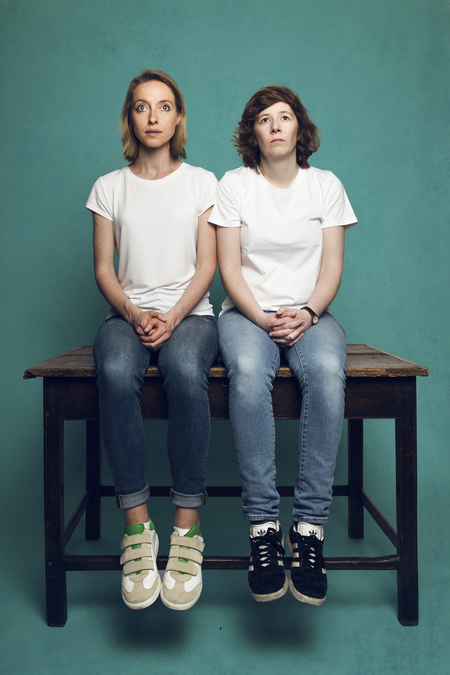 Anna O'Grady and Helen Cripps haven't performed comedy in years, and were never a double act to begin with. The past decade has seen the pair keep their hand in mostly as writers, and while this is an inventive piece of work, a certain rustiness can't help but show. Lines are recited in a kind of sing-song delivery presumably intended to ensure that every gag is audible, but which isn't always adept at selling the humour contained therein. The premise of the show is that we're being subjected to a stilted self-help talk, so this style isn't inappropriate, just a bit monotonous over the course of an entire hour.

Similarly, while there is clear chemistry between O'Grady and Cripps, they seem to be very much in the process of exploring this.

It's joyful watching both inhabit the roles of straight man and fool with real fluidity—a dynamic which prevents the show from ever stagnating—but there's a sense that the characters' relationship hasn't yet been fully worked out.

Ultimately, Stuck in a Rat carries all the markings of a show that came together by accident, albeit one that turned out really well. It's far from an essential offering, though its off-kilter playfulness should strike a chord with early evening audiences.