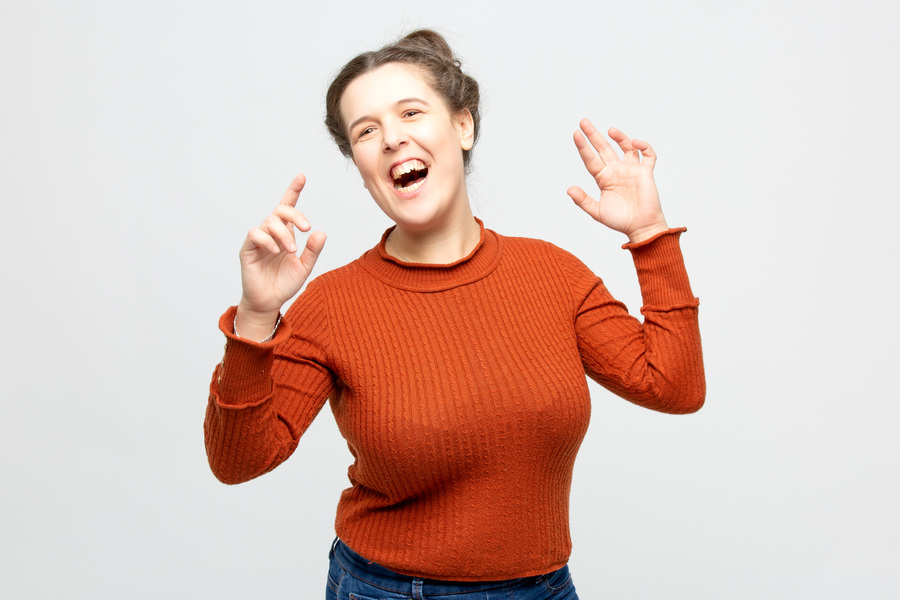 Moon: We Cannot Get Out

As the enigmatically named Moon, Jack Chisnall and Joshua Dolphin made a minor splash in 2018. Their eclectic, compelling sketches are linked by dark wit, invention and underlying menace. And this year, the “boiler-suited provincial louts” have upped the ante with their venue itself trying to kill them.

After barely three years as a standup, Rosie Jones has emerged as one of the most exciting, precocious talents in UK comedy. Born with cerebral palsy, she skilfully exploits preconceptions and her slowed speech to wrong-foot audiences, puckishly mischievous in her puppet mastery. Previously unwilling to play the victim, her growing maturity as a comic is exemplified by her now leavening her arrogant persona with occasional, appealing vulnerability.

A wonderfully skilled anecdotalist, this New Orleans native combines a hypnotic mastery of narrative and emotional manipulation with punchy, gag-filled routines. Open about his many, many issues, Patton shares the complications of his sleep apnoea, as well as his thoughts on homelessness, heartbreak, drinking, nudity and Jesus. Animated and self-lacerating, he's expertly deft in his physical act-outs.

Shifting easily between the personal and the political, Brown once again explores his on-off relationship with fellow comic Jessie Cave and their diverging approaches to raising their family. Then he deconstructs the identities of ostensibly unlikely political bedfellows Jeremy Corbyn and Jordan Peterson.

Perhaps as a result of entering standup relatively late, this accomplished New Yorker makes no overt appeal to be likeable, and paradoxically is all the more compelling for it. With the waspish panache of a high society gossip columnist, last year's best newcomer nominee reflects upon the tenuous hypocrisies that sustain human relationships.

If ever a comic was auditioning for Tonight At The Palladium, it's the delightful throwback Jack Gleadow, who combines an engaging physical silliness, shameless prop work and knowing nods and winks to the golden age of variety. Guaranteed to stand out on any bill, he's a debutant to watch.

As part of the acclaimed sketch trio Muriel, Janine Harouni has won plaudits but largely flown under the Fringe's critical radar. Now she brings her standup debut to the festival hot from reaching the final of almost every new act competition. Reflecting upon her Arab heritage in Trump's America, the polished New Yorker is cutting and prolific, with an easy charisma.

Twice nominated for the Edinburgh Comedy Award, the intellectually superior, personally troubled Ahir Shah returns to the Fringe with another persuasive analysis of society's ills, applying by turns a romantic and pragmatic perspective to the world while scrambling to make sense of his own heartbreak.

For all her assertive, brook-no-shit stage presence, newcomer Helen Bauer's fully formed persona also allows for plenty of self-deprecation. Quick with an ad-lib, she's also blessed with an inappropriately competitive relationship with her eccentric mother and mixed feelings about her German heritage. Upfront on all manner of subjects, at full tilt she's a force of nature.

With her background in US late-night satire, the deeply politicised, cuttingly acerbic Jena Friedman offers a timely riposte to the travails blighting the world, expertly navigating such hot-button topics as the rise of the far right, #MeToo, climate change and gender. Developing a pilot for Channel 4, she's a too-rare visitor to the UK.

As a “triple threat minority”, a black, queer woman living in Brexit Britain, Sophie Duker cuts straight to prickly issues about identity and privilege with an engaging, lightly mischievous touch, while foregrounding the importance of what she's addressing. Focusing on society's fascination with “exotic” bodies, this is a much-anticipated debut from a fast-rising performer.

Pierre Novellie: You're Expected to Care