Having started as a theatremaker, Desiree Burch switched to comedy in 2015 and hasn't looked back. She talks to Fergus Morgan about why she and the Fringe get on so well 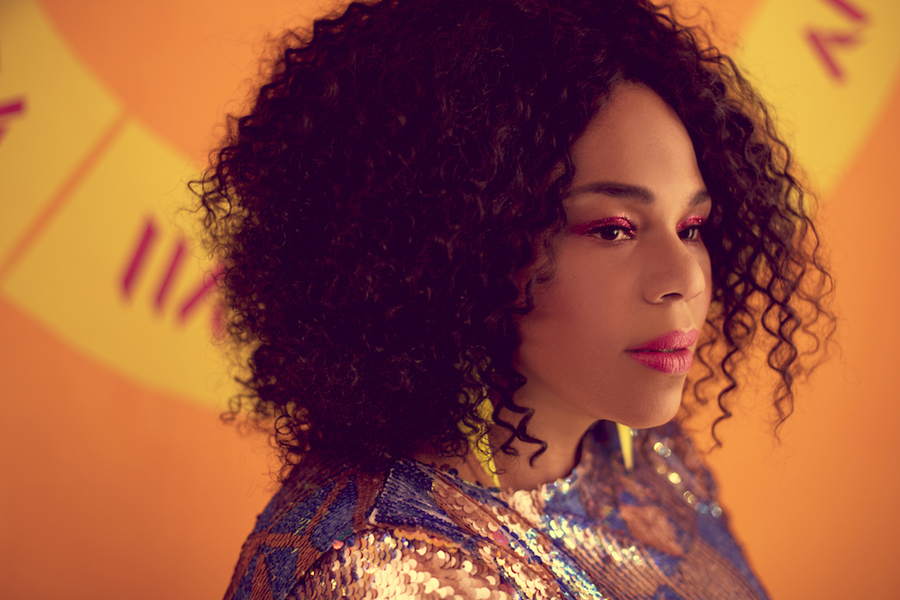 American standup Desiree Burch would love to not talk about race. “Me and Nish Kumar, as comedians of colour, we’d love to just do jokes about garlic bread and Pokémon,” she says. “But it’s always left to us to bring this stuff up. And I feel like if you have a platform to say some shit, then you should.”

Her new hour of comedy, Desiree’s Coming Early!, isn’t explicitly about race—certainly not as much as her 2016 comedy debut This Is Evolution or 2017’s smash-hit Unf*ckable—but it’s certainly there, threaded through a show that’s essentially one long shaggy-dog story about Burch’s acid-fuelled experiences at Burning Man.

“Patricularly when something like LSD is involved, particularly somewhere like Burning Man, you find yourself in these loops, doing the same thing over and over again,” she says. “And the same thing happens culturally, the same shit keeps coming back around. And there was something about that idea that was sticky to me, something that I wanted to investigate.”

Desiree’s Coming Early!, on one level, an exercise in observing destructive patterns—in hallucinatory trips at Burning Man, in her own life, and in society as a whole—and asking what we can do to break them. For Burch, the answer is not wholesale revolution, it’s slow, progressive, thoughtful change.

“I’m not the most historically-informed human being, but it seems to me like revolutions happen in one direction, then adapt into this fucked-up thing, then the pendulum swings back the other way,” she observes. “There’s got to be something in the middle, something we can build on. God Bless New Zealand, for setting some kind of example.”

Does she think that pendulum will swing back at next year’s US election? “A lot of people are saying that this idiot will probably get re-elected,” she sighs. “They’ll narrow down the Democratic nominees, and I’m happy to vote for whoever the fuck it is. They’re getting my fucking vote, because we’ve got to get rid of him.”

Burch speaks at full pelt, on stage and off. She’s still winding down from her show, which finished about half an hour ago across town at The Hive – a venue that “smells like teenage pheromones” and puts Burch in her “own personal sauna” on stage every night. “Why are there fruit flies when there’s no fruit down there?” she asks. “Are there plague bodies buried beneath the place?”

This is her sixth Fringe, her third as a standup after three doing solo shows in the theatre section. Having grown up in California, she studied theatre at Yale, then scratched out a living in New York for several years, before moving to the UK in 2014 – and it was partly this festival that persuaded her to make the big switch from NYC-based theatremaker to UK-based standup.

At Edinburgh, she saw that British audiences were far more open to her brand of conceptual comedy than American ones. “Here, you see every different kind of standup performer,” she explains, “and it makes you realise that there is room for you too. It feels like there’s room for different kinds of comedy from different regions, especially when everyone just wants to go out and get drunk. Alcoholism pays a lot of people’s rent.”

It’s a move that’s paid off. Burch won the 2015 Funny Women Award, has now performed three critically-acclaimed Fringe shows, and is a regular on TV and radio – Live At The Apollo, The News Quiz, The Mash Report, Frankie Boyle’s New World Order. She’s 40 this year, and with a grin, she confirms that she’s starting to get recognised in the street.

She puts her success in Britain down to several factors. One, the “exchange programme of exoticism” between the UK and the US (we send them John Oliver, they send us Burch). Two, having gone to a good university. “Over here, there’s a history of comedy coming from elite universities, whereas in the States it’s the thing you do if you can’t do any other job,” she says.

And three, there’s who she is. “I’m a woman of colour from the States, at a time when we are looking towards those voices and those stories more,” she says. “So I’m ticking a lot of boxes for people. But, you know, I’m hopefully actually being funny and talented at the same time.”