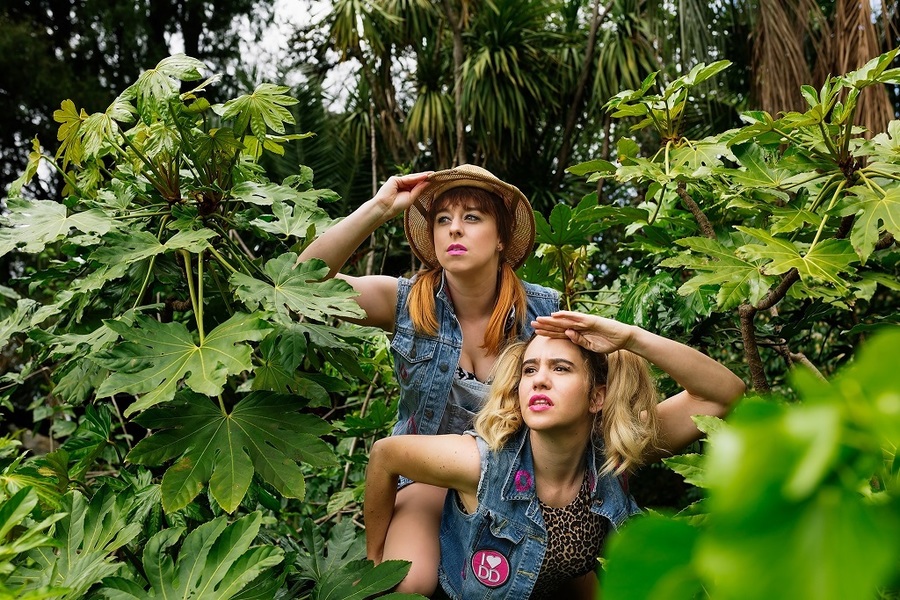 Double Denim’s hour of organised mayhem will undoubtedly win them admirers and new fans. Though more through sheer force of personality than anything else. Adventure Show sees the Michelle Brasier and Laura Frew welcome the audience onboard a cruise, where there’s cocktails, a canteen and a residency from Atomic Kitten. The party atmosphere is real and the energy is frenetic. Of course, there's always a small chance the ship might sink. Stranded on a desert island, will the duo stick together and survive?

Adventure Show moves at such a rapid pace and its stars are indefatigable throughout their hour. It is the 100m sprint, the marathon and the middle-distance race all at once. It’s worth considering whether the spirits of Brasier and Frew could be channeled towards a new, all conquering source of renewable energy. Occasionally it’s too hectic for its own good, with them often shouting over each other, their enthusiasm out of control. The laughs are more frequent in the second half of the show, with a routine about Dwayne ‘The Rock' Johnson as brilliant as it’s nonsensical, and the two’s impression of a crab equally fabulous.

It’s a hugely colourful hour, all light up trainers, and creative costumes from an act unafraid to burst into song at any given moment – Brasier’s voice in particular is outstanding. Suitably, for a show about friendship, it’s best enjoyed with a crowd of pals, ideally after a few drinks.