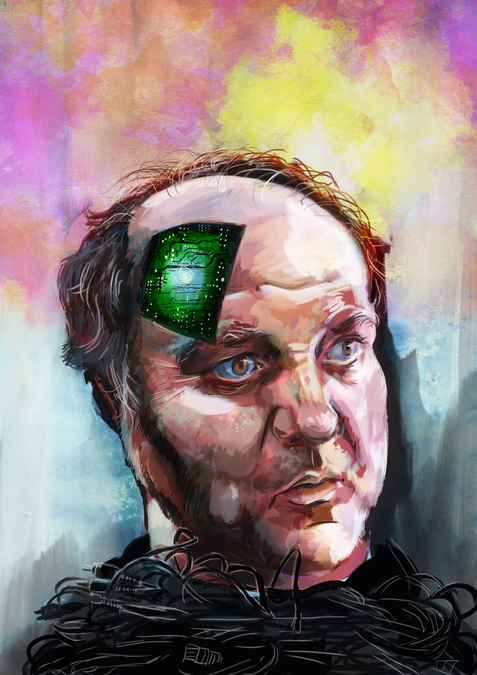 One of the joys inherent in any Ed Aczel extravaganza is the offstage stuff, even before he arrives. Which of the expectant throng are Aczel virgins, who’ve wandered down from the Brazilian bar upstairs and are about to experience (a) a comedy epiphany, or (b) one of the longest hours of their lives? Or even longer – this is a loose one.

“Absolutely banging!” says the anti-comedy maestro, during the middle section of this show which—horrifyingly for some—Aczel announces 50 minutes in. That bit is particularly tricky—his word—as the crowd work takes a back seat to a series of graphs about misery and financial ruin, with added World Wars to lighten the tone. It does drag a bit; probably purposefully.

In truth, Aczel seems a bit off today, tetchier than usual, which affects the tone. It all goes swimmingly early on, as he teases, tortures and eventually kills three opening jokes, to hilarious effect. There are splendid moments later, too, as he recalls a seedy encounter on the mean streets of Ipswich, and concludes with an edgy acting masterclass.

But an odd mood festers. Punter unease is all part of the anti-comedy package, but today the balance is slightly skewed: haranguing the same befuddled front-rower with random history questions feels less like a bumbling comic, more a bad schoolteacher, encouraging us to mock the dim. It clearly isn’t intentional, just a subtle status shift, that can unsettle things. When it comes to delicate ecosystems, comedy rooms are right up there with rainforests.