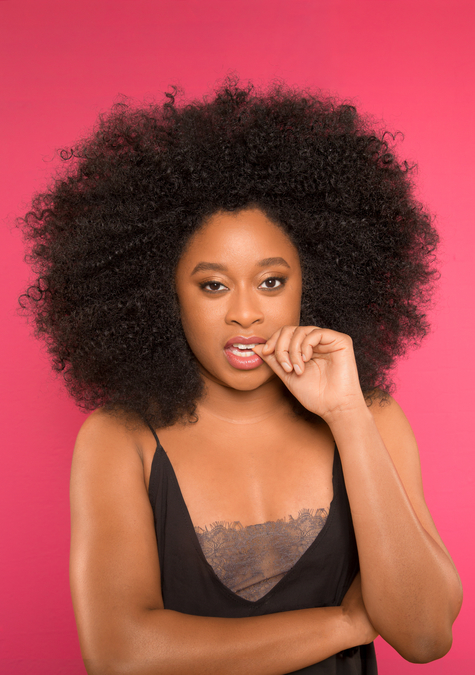 TV, podcasts, books, Hollywood movies – you name it, Phoebe Robinson's probably done it. But 2019 has a first in store: her UK standup debut at the Edinburgh Fringe. Following a US tour, her show Sorry, Harriet Tubman will be heading to the festival for 14 nights in August. And Robinson—one half of hit podcast-turned-HBO show 2 Dope Queens—can't wait.

"Yes! This is my first time in Edinburgh!" she says. "I'm very excited. I know a bunch of comics who have done it—Alex Edelman, Jena Friedman (who's back this year), Kate Berlant, etc.—and they've had nothing but good things to say, so I definitely wanted to give the festival a try. I've always wanted to do an hour of standup, so there's observational stuff about dating my British boyfriend, race, gender, sex. It's really a snapshot of my life at this moment in time."

From 2016-2018, Robinson and fellow comedian Jessica Williams (The Daily Show, Booksmart) amassed fans across the world with 2 Dope Queens, a podcast that interviewed comedians and entertainers who were female, black, brown, LGBT and from other minority backgrounds, to make an impact on representation. And the inspiration for her standup show comes from the podcast too.

"When Jessica Williams and I did 2 Dope Queens," she says, "we would talk about meatier issues like politics, but then we also talk about cute celebs that we would want to date and we'd always joke that we're letting down the historical black figures who worked so hard for our civil rights, so we can be raunchy on a podcast. And I joked that we were probably letting down Harriet Tubman—a black abolitionist who helped slaves escape to freedom via the Underground Railroad—the most. So I thought that would be funny to apologize to Harriet and still do some of the sillier jokes that I do."

Robinson's repertoire also includes work on several TV shows, like Broad City and I Love Dick, as well as recent film appearances in What Women Want and Netflix's Ibiza. And having just done a deal with ABC to start her own production company too, she's one busy comedian – so it's a good time to catch her while she's in town.

"I do love visiting the UK," Robinson says. "It's such a great change of pace from NYC. This is the first time I'm going to be in Scotland, so I'm looking forward to soaking it all up, trying the food, get a little bit of culture, and being surprised by whatever cool and interesting stuff pops up!"