Nominated last year for Best Newcomer, Sarah Keyworth is back and has masculinity in her sights 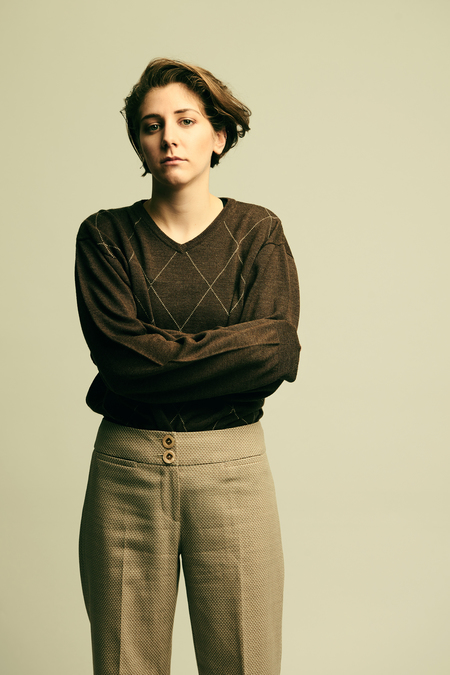 Appearing as if from nowhere, the Nottingham standup produced an acclaimed debut that was nominated for Edinburgh Comedy Award Best Newcomer. It was an hour of finely honed gags coupled with an empowering message.

Keyworth explored her own thoughts of inadequacy and displacement that she felt while growing up, and her worries about the confident little middle class girl, Roly, Keyworth nannies. She asked how Roly was going to survive intact in a world that routinely tells girls to tone it down.

The show was hard fought over the years, not least by living in London while holding down a full-time job, without any other financial support. "I worked a nine-to-five job and went gigging in the evening and I would fall asleep everywhere. I kept ending up in Essex because I’d fall asleep on trains then get lost and find my way back on buses."

Now she has produced her eagerly awaited follow up, Pacific. She takes the boyishness that she felt stopped her from fitting in as a child and explores it further.

"The show is about strength and masculinity and how I like to think I’m a big strong boy but I’m not, I’m a tiny woman. It’s about toxic masculinity and the idea that men can’t express emotions and that men have to be strong all the time. These ideas about men and women have got so ingrained that I, as a woman in a relationship with a woman, somehow still equate that to my relationship."

It was partly the discomfort in her own gender identity that led her to begin standup, getting in with the jokes before the bullies did. But there was also a simpler reason: "Also I like attention. I think that was the main thing. Big attention seeker! That’s the main ‘why’. And I can’t act and I can’t sing so I thought I’ll do comedy!"

Growing up working class in Nottingham, comedy wasn’t necessarily an obvious choice of career path for Keyworth. But as it turns out it does run in the family.

"I don’t really know where it comes from but I have a cousin who is a comedy writer and standup, an uncle who was quite a well known standup in Nottingham and I think one of my great grandfathers was a clown of some sort." And you can’t argue with a funny genome.