Comedian Sindhu Vee talks motherhood and the darkness of love ahead of her debut Fringe hour, Sandhog 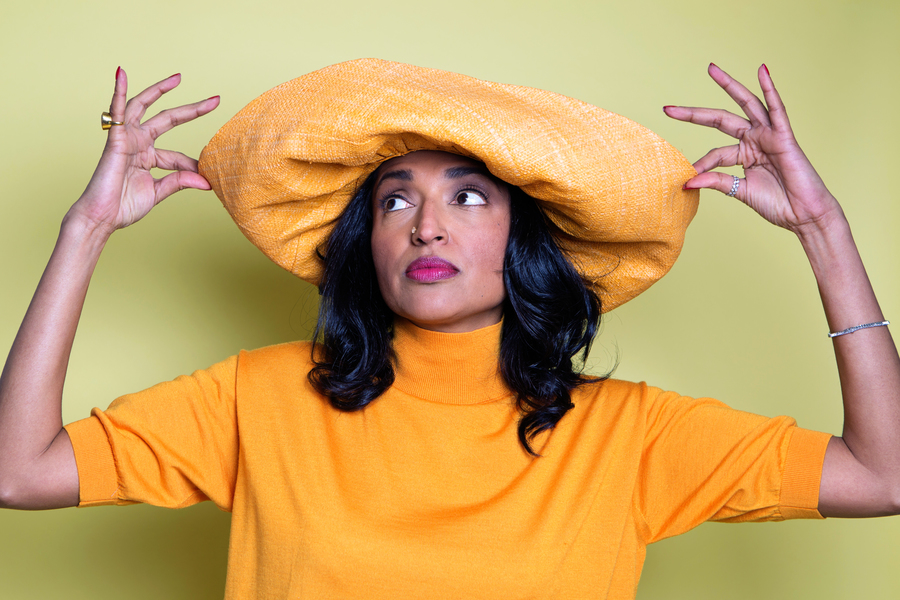 “Say 'hi' to your mom for me,” Sindhu says with a wink as we part ways. Most of our conversation concerned mothers. Indeed, motherhood is a topic which frequently features in Vee’s work, alongside a “brutally honest” approach to our inner lives and relationships with our families. After an increasing number of gigs and television appearances over the past months, she’s branching out to debut Sandhog, her first hour-long solo show at the Fringe.

“Oh my god, I’m so excited,” Vee says. “There’s a certain darkness to the show, which wasn’t on purpose but I think it’s very valuable. If you don’t learn how to play with the dark and light in love then you’re always gonna end up with a broken heart."

In Sandhog, Vee largely talks about her own family – especially her children. But what do they think of it? “They don’t pay attention. I’m their mom. For them, I’m the person who says, 'Eat your broccoli! Stop picking your nose!' I maintain a very big separation between my comedy persona and home persona because I was a mom for much longer.”

Vee fell into comedy a few years ago, after a colleague at the investment bank where she worked emailed about a charity standup gig she was doing. “I thought: 'You’re not very funny, how are you doing standup?'" She gave it a go herself, found it “compulsive”, and had to do it again. “I learnt a lot about it and had to mould my life around it. I had three kids who had school. I couldn’t be out gigging until midnight.”

Going from being an investment banker to comedian may seem like a huge step, but comedy has always been part of Vee's life, she says. As a child, she would “risk her life” to watch Carol Burnett on television at night, as well as being the “class clown”, though her mother pulled her from the school play due to a poor maths grade: “[She told me] she was going to marry me off and I thought, 'This lady means business'."

Most recently, Vee was on the judges panel of the prestigious Bollinger Everyman Wodehouse Prize for comic fiction, which controversially did not award a winner. She remains tight-lipped as to why: “There were so many funny books but the prize is a very high standard.” Would she ever consider writing comic fiction herself? “I think my own head would explode with joy.”