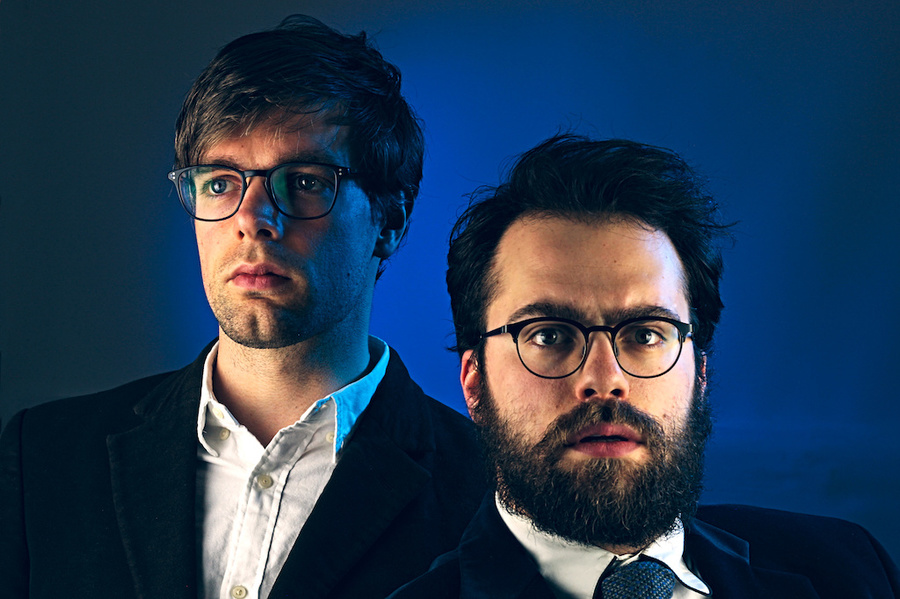 Don’t switch off your mobile phones, Tomorrow’s Office relies on them. Lloyd Henning and Peter Sutton are IT consultants in Manchester during the day, but they moonlight as comedians, crafting entertaining, interactive shows that chaotically combine programming, music and more.

Tomorrow’s Office is their latest Fringe show of mayhem, most of which you experience via your smartphone. It’s not dissimilar to the sort of stuff Mat Ewins comes up with. Once seated in front of their enormous slideshow, you connect your phone to a WiFi network, log on to a website, and Henning and Sutton then set you a series of challenges, with one side of the audience competing good-naturedly against the other.

There’s a game where two contestants have to collect coffees, controlling their onscreen characters simply by shouting into a microphone. There’s a game where you have to fire a sausage at a target—“a rocket at mars”—by aiming and deploying through your smartphone screen. There’s a quiz with stupid questions, which you answer online. If you want to applaud, you don’t actually whack your hands together – you use Foxdog Studios’ tap-to-clap application.

Neither Henning—who spends half the show in a giant duck costume—or Sutton—who literally wears a drum-kit the entire time—are particularly charismatic comedians despite their attire, but there’s no doubting the invention and ingenuity of some of their concepts, and no doubting that their show is enormous fun to take part in. A short and surreal cyber-sports day.