An exquisite hour with top-notch gags 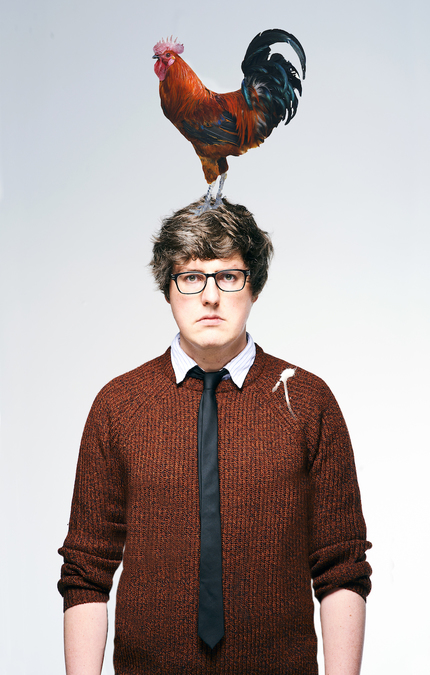 With his usual disclaimer at the top that most of what follows is a pack of lies, Glenn Moore has erected another winning tall tale out of sublime one-liners and routines that whip away their own foundations. Previous shows have seen the milquetoast comic and radio newsreader sporadically erupting into pained spleen. But whether it's his time working with Nigel Farage and Katie Hopkins on LBC, which does appear to be the one kernel of truth in his disclosures, he delivers the show at pretty much full-throttle, affected fury from the start. And the bluster of his extended breakdown is sustained, in stark contrast to the calculated precision of the script.

An avowedly spineless, buttoned-up individual who subscribes to broadcasting standards of balance and impartiality in every aspect of his life, Moore has passively absorbed and internally ruminated upon all the slights, humiliations and petty irritations visited upon him by his ex-work colleagues and girlfriend. That is until now, when Network-style, he's mad as hell and not about to take it anymore. Naturally, his spluttering petulance comes across pathetically. And he's unable to even admonish Hopkins for her grasping, mercenary extremism in his parting shot from the radio station.

The reality of Hopkins and Farage casts Moore's ex and his former boss into unsatisfying relief as mere empty vessels for his jokes. And there's an underdeveloped theme contrasting Journalism Glenn with supposedly Showbusiness Glenn. But the callbacks and intricate circularity of his myriad top-notch gags are exquisitely arranged, the slow-motion crash of his relationship and his grandmother's expiration in particular delightful to behold in the retelling.