Straight from the comics’ mouths, sometimes a mini-Bildungsroman is worth a thousand stars. Vicky Nangle finds out what makes the place they call ‘home' 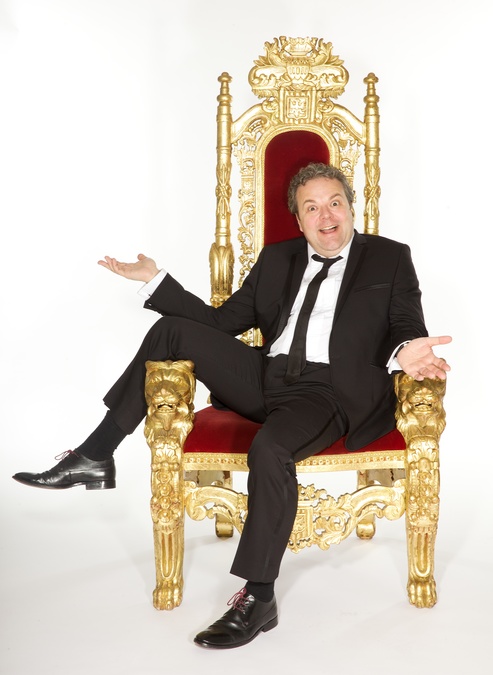 One day there appeared a new piece of graffiti on my way to school. In huge, badly painted letters was the word "FAILTE". I had no idea what it meant or why someone would write it there. I became quite obsessed with it and me and my friends started saying it as a substitute for various other words. Of course, this is before the days of Google, so finding out what it meant was not as simple as just typing it in to a search bar.

Then, years later I saw the same word written on a sign outside my school. It turns out it is the gaelic for "welcome". Fair enough, but I still don't know why anyone scrawled it there.

Then even more years later someone overheard me using it in one of the ways my friends and I had developed: "Get lost ya wee failte!" something like that. They laughed and said they'd written that on a wall once. I asked them why. "Oh, I saw it on the sign outside the school. I thought it looked funny." Turns out they hadn't known what it meant.

'Sarah Kendall: A Day In October'

Lots of sunshine and beaches. And meth, apparently. My show this year is about a boy I went to school with who, in 1990, drowned for 11 seconds and was brought back to life. It was an event that rocked the whole town and my school. Especially because of how much he changed after he was brought back to life. It was the sort of thing that in a small town threw the rumour mill into overdrive. It also coincided with the release of the film Flatliners. That didn’t help.

Funmbi Omotayo – born in London, spent much of his childhood in Nigeria

When I arrived in Lagos as a 10-year-old, I wasn’t aware that I had an accent, but all the school kids would get me to say random words and they would find this really funny. Me and my siblings were known as "the British kids", which really made me want to lose my accent so I would fit in. But then I just sounded like a British person doing an African accent! When I was leaving Nigeria to return to England I got stopped by the customs official. I was thinking, ‘What have I done?’ He said I had overstayed in Nigeria and they might have to deport me back to England. I wish they told me that before we bought the plane ticket!

Phil Nichol – In and around Toronto, Canada, specifically Pickering, Ontario

As a young man my father Iain Nichol had worked in Canada as a carpenter finishing the interiors of the judicial buildings in downtown Toronto to such intensely artistic level that some 20 years later, when we, as a family, were attempting to become Canadian citizens we found ourselves in an extremely beautiful and ornate judges' chamber in the very same building. My father recognised that he had done all the intricate panelling work in this particular office and was boring us children with the details of the work and grieving the loss of the technical knowledge that made this type of carpentry now obsolete.

The judge arrived and began to grill our family on the 'whys' and 'wherefores' of emigration to Canada and testing our knowledge of Canadian history as the final part of the examination of our request for Canadian citizenship. My Glaswegian mother, under pressure to answer some simple questions on the nature of the government of Canada (and not knowing said answers), blurted out the immortal: "My husband did all the wood work in this office!" The judge was confused and upon elaboration realised that my father had been the actual craftsman who had hand-crafted all the wood work in not only this particular judges' chamber but indeed a number of them in this beautiful old building. The questioning stopped, the judge stood, held out his hand and said "Iain and Ethel Nichol, Welcome to Canada!"

Phil Jerrod – A small village in the middle of godless Warwickshire

Much as Tupac Shakur drew upon his difficult upbringing to become one of the world's best respected rappers, I have written jokes about harvest festivals and cider so I can get booed off at the Comedy Badger, Bishops Itchington.

We once stole a cheap clock and a metal score board from a bowls club. Nearly 15 years ago. How bored do you have to be to steal a clock and a score board? I checked—that shit was not on CrimeWatch—'don't have nightmares, please just write the scores on a bit of paper'.  Pathetic.

I've always lived in Bromley. So I'm not exactly Phileas Fogg. Bromley was where Bowie and the Sex Pistols came from. Sadly they'd moved out by the time I was born. But anyone who's seen my comedy can spot the influence of these rock pioneers. I'm a sort of glam/punk rockstar. Who looks like a supply teacher.

During the summers me and my friends would play outside as much as we could. We would try and make small silly things to sell to our neighbours. One summer we made cranberry juice in my friend's garden. We made it in a plastic tub and decided to carry this tub door to door and offer customers a drink that we would scoop straight from the tub with a communal glass, all for a cheap £1. The only people who paid were our parents. They just gave us money and omitted the scoop.

One time the town smelt like hot sick for a week.

10 Films with My Dad is totally a product of my upbringing. Many films were seen with Dad in the West End. I once went to the gents at the Empire Leicester Square and peed next to Eddie Murphy. He was peeing too by the way. I didn't just walk up to him and piss.

There is also a lot of greenery and wooded areas. So we made camps and took turns to do look out. If any boys made it near camp then we would attack by throwing potatoes… because the boys would be okay for five minutes then would eventually ruin everything.

I'm making my childhood sound like Lord Of The Flies aren't I? In many ways it was. I fancy myself as Simon but I'm probably the pigs head.

Living in Croydon gives you low expectations for life. Low expectations means you're never disappointed. 'Hey! I didn't get mugged today! What a great day!'

‘Lou Sanders: Excuse Me, You’re Sitting On My Penis Again’

One day I woke up and was delighted my boyfriend had had a massive tidy up. I was so impressed he'd managed to store all our stuff somewhere. In reality, we'd been burgled.

‘Angela Barnes: Come As You Are’

The local paper, The Kent Messenger, did a nice little piece about me a couple of years ago. They contacted my old school, Invicta Grammar School for Girls, for a quote, and were told, 'Sorry, we're struggling to remember who she is.'  And they printed that quote! Nice to know I made such an impact on the place!

It’s really really helped me being a white, middle-class male because of course you don’t get many of them in comedy. They’ve not really helped at all as where I grew up is not unusual or interesting in any way. I watch comedians from more deprived backgrounds in tough Northern cities telling stories of how their families coped with extreme poverty and think to myself ‘You lucky lucky bastards!’