Review: Isma Almas: About a Buoy – Adventures in Adoption 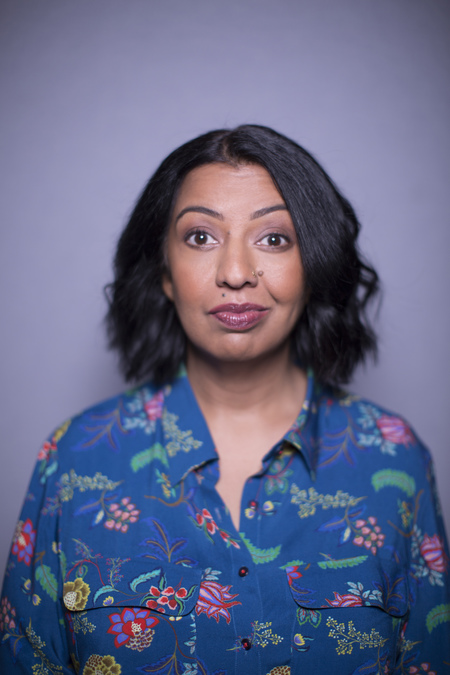 A comedy promoter once told Isma Almas to not overwhelm audiences by disclosing that she is a gay, Asian, Muslim – to focus on one aspect as defining her. Yet with this wonderfully balanced show of wry reflection, passionate conviction and emotional wallop, she puts almost all of herself out there, delivering a masterclass in conveying a deeply personal tale with wider social import, while yet retaining an impressive and endearing lightness of touch.

With her profile extended but not limited to being a divorced, menopausal, biological mother-of-two, of Pakistani heritage, in a mixed-race relationship, a social worker with a burning hatred of Tories but love of the band Queen, Almas complicated the picture further when she and her partner decided to adopt. Testing the government's recent initiative that adopted children no longer, ideally, have to be paired with parents of the same ethnicity or religion, they eventually chose a black, two-year-old boy.

The insights Almas offers into the adoption process are frequently heartbreaking, the prejudices of a system that mirrors modern dating sites with its competitive pitting of child against child cruelly emblematic of our age. Yet this is as nothing compared to the insidious racism that the boy experiences at school, echoing that of Almas' own childhood in Bradford. Nevertheless, the hardest test comes from within, as the comic struggles to bond with her son.

Drolly amusing throughout, when Almas truly unchecks her feelings it's incredibly moving, to the extent of angrily sacrificing her socialist principles on the altar of mother love. Exceptional storytelling.