A belter of a musical revue, but a bit too informal 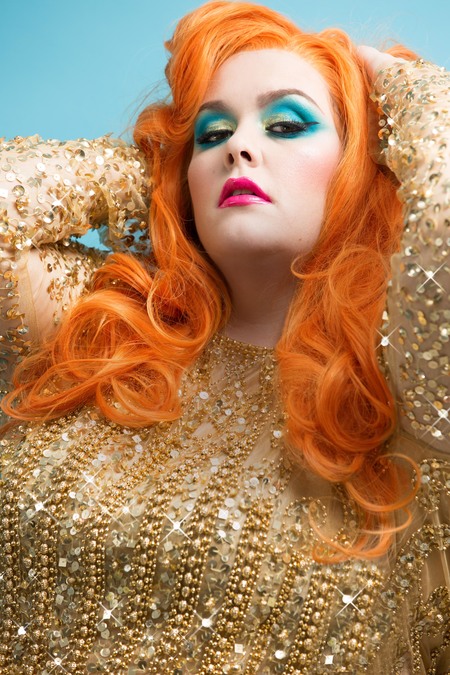 They say that you should play to your strengths, and in new show The Divine Ms Jayde, Jayde Adams has certainly done that. Creating a musical based on her life story with songs centred around the Bristol earthquake ('Where Were You?'), tricking awards panels with emotion ('Cry on Stage') and body positivity ('Beauty in Obesity'), she make full use of her fantastic set of pipes and self deprecating manner. Teaming up with Richard Thomas (Jerry Springer: The Opera) the pair have built a hilarious mock opera for the ages. There might be high production values but this is still the lo-fi Jayde that audiences love – zero airs and graces with both an obsessive love for show business and a dismissive attitude toward the ludicrousness of it all.

She's living her best life, and if that involves sticking her boyfriend (veteran comic Rich Wilson) in a black morph suit then so be it. This is Jayde's show and you're never in doubt who's in charge. Thomas may have helped with the composition of the pieces, and even Wilson pitches in with a great little number ('More Than a Gimp in a Suit') but Jayde is undoubtedly the star. The only downside to her down-to-earth attitude is that she creates a too-conversational tone in between belting out the musical numbers. As a result, setups and punchlines get lost amongst audience chatter. Still, it's a great show. To quote the Bristolian, 'Gert Lush'.