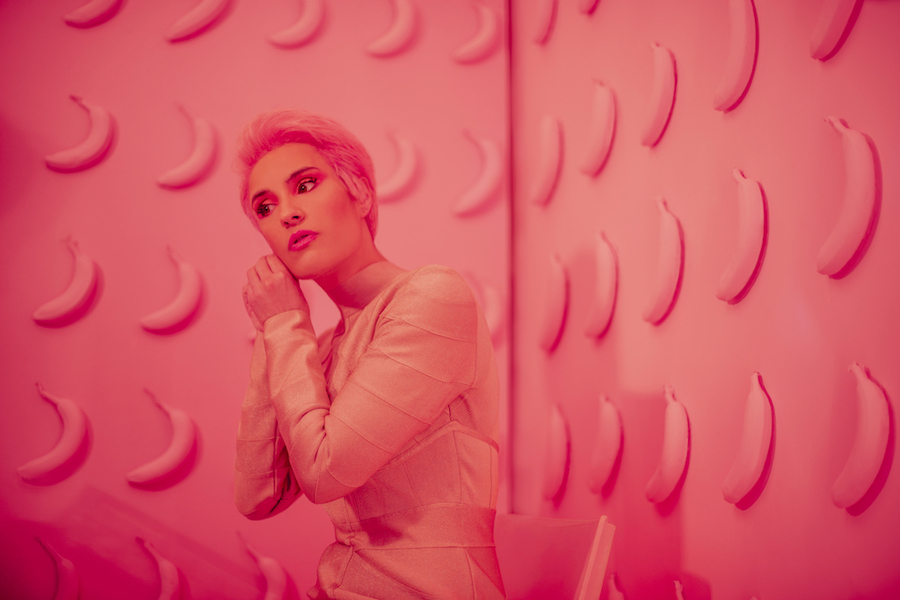 Jen Brister’s had a few complaints. “Someone emailed me to say, ‘You hate straight people and you hate men’. Someone else called me homophobic. Homophobic!” She raises an eyebrow and laughs incredulously. “What was the other one? Oh yeah, that I shouldn’t be using my comedy hour as therapy. Wow. I mean, of course it's therapy. Are you mad?”

After 18 years as a standup, Brister’s an expert at courting criticism. Her previous shows have discussed famously hilarious things like IVF and period poverty, but her new hour Under Privilege has proven challenging in a way that’s all new to her. “It’s the most stressful show I’ve ever written,” she says, wide-eyed. “I started writing it just to see if I could. I mean, privilege… How can I make something so divisive and dry and insidious actually funny?”

Nobody likes talking about privilege, least of all their own, but after a handful of painful previews Brister realised the only way to tackle the topic was to make it personal. So she takes her own family—her girlfriend and their young twins—as a case study in how various privileges, visible or not, can structure the way people move through society. “That way nobody else can say I’m lecturing them,” she explains.

Under Privilege covers the base horrors of a soft play park as naturally as it embroils its audience in a diatribe about Dubai. Her sparky, wry charisma drives an eclectic hour, which is kept light by her willingness to commit to daft impressions – from lightsabres to trumpets or gross journalist Toby Young bleating on about Europe. Brister gleefully dubs her sons “two little Joffreys”, re-enacting their lordly breakdowns over broken biscuits with total melodrama. And as much as you suspect it feels cathartic to have a room full of people laughing at her children’s ridiculous demands, this focus on her family helps her to build an essential self-awareness into the show.

Her favourite part is a kind of “self-audit”, in which she turns the camera on herself, “because I can play with it,” she beams. And after interrogating her own position—and the heinous fact that she’s already sorted her kids out with a pension plan—Brister can have a pop at everyone else in the room, because she’s earned it.

She places both hands firmly on the table. “What I’m really trying to say in the show is, look – to a lesser or greater degree we’re all part of the problem. Yeah at the top we’ve got fucking Trump and Boris Johnson but trickle it down… We have to acknowledge that we don’t live in a meritocracy, although that’s what capitalism tells us. It tells us if you work hard you’ll achieve, but we know that’s a lie. The people that have the most power and create the most problems are white men and I have two little boys in my house. I want them to be allies.”

Brister’s anger is generous. It invites her audiences in, to share it with her, so that they don’t feel like punching bags for her frustrations. Most importantly, her anger is a performance – or, it’s supposed to be. “It’s anger on ice,” she explains. “It’s like how the best time for me to tell my children off is when I’m not angry at them. When I’m properly, properly angry I can’t make it funny. You have to find that balance. You need to create something that feels visceral without making the audience feel unsafe. What I’m saying to them is, ‘I’m with you on this’.”

But it’s not always easy to take the heat out of it. Half-way through the show, the night before we meet, her emotions caught up with her. Brister furiously wiped away unexpected tears and swore the audience to secrecy. “I’m so embarrassed,” she tells me, head in hands. I ask if it was unusual. “Er, have I cried on stage? Before? Never.” She shrugs in jokey disbelief and then wells up again. “Oh my God.”

“It’s just so obnoxious. I woke up at 2am today with the shame of it all. I am a big crier, but I don’t do it onstage. Because I’m a comedian.” She puts real, steely force on that last word, and not so much for my benefit.

“I suppose the first two weeks [of the Fringe] have been complete adrenaline. Now that I know the show…” she trails off. You can feel it more? “Yeah. I know it’s an awful thing to say as a performer but I’d really rather not feel it.

“I have a lot of fear. And it’s not for me – I’m scared for my children. If you’re anybody who cares about the state of the world then you’ll carry a lot of anxiety. And doing something creative can be a great release, but I would really rather that release came in therapy.”

She laughs suddenly and loudly, like a thunder clap. Turns out that one whinger might have had a point. “I mean, comedy is limiting in a lot of ways and Hannah Gadsby’s show [Nanette] emphasised those limitations, but at the end of the day I’m just trying to make people laugh.”

Jen Brister takes her job seriously. She’s here to entertain you. And, as she says, leaning back in her chair into a rare Edinburgh sunbeam: “if there’s one bit in the show when you don’t laugh, then I suppose that’s my privilege.” She grins. “Fuck you!”