John Kearns beguiles in a masterclass of comic economy 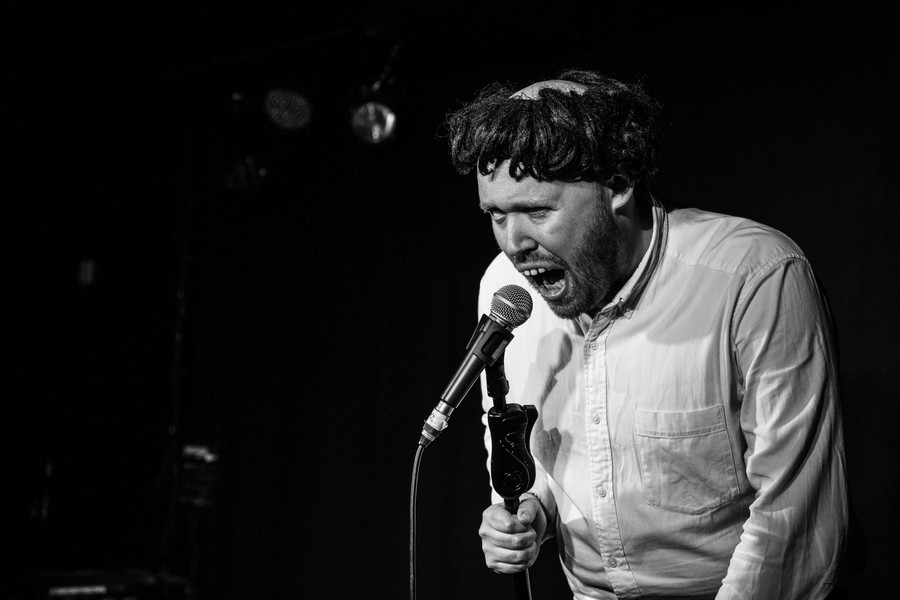 The award-winning John Kearns is back after a couple of years away from the Fringe. And the wig and false teeth are back too. His shtick remains the same – an idiosyncratic approach to comedy that unsettles and beguiles, all leading somewhere intangible, opaque and fascinating.

It’s a persona difficult to pigeonhole, and is the more intriguing for that. The clown-ish appearance melds with a fragile fascination with the quotidian and prosaic, creating a world that is joyous to be in. What could be a mundane sequence in which Kearns outlines his neighbours instead creates worlds from simple details. The economy in the storytelling is dazzling. Flights of bewildered, exasperated rage could point to the tired trope of the angry white man, but Kearns is too in awe of the beauties of existence for this ever to become boorish. He repeatedly beseeches, “let it be funny,” insisting on the simple pleasures that comedy can offer.

It’s all in the stagecraft. It seems odd to laud a comedian on their employment of the venue’s back wall, but the use of the performance space is a masterclass. Pauses in delivery create ebbs and flows, giving the audience room to find their own way through all of this. If there’s a flaw it’s that what this is all about is hinted at but never concretely coalesces. Themes recur, but we’re left to make sense of all this ourselves. Maybe that’s the point; this is simply an invitation to rediscover your world anew, too.