The stars are not wanted now; put out every one 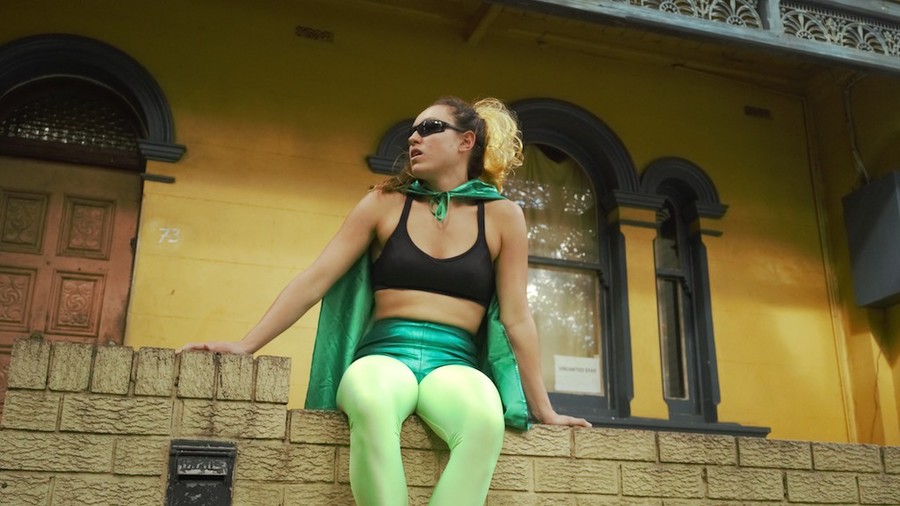 One particular section is clearly a tipping point—a quasi-karaoke session—and it’s interesting watching one front-row couple finally decide "it’s 11.30pm, let’s catch that last bus, because we have absolutely no idea what is going on here". Or thoughts to that effect. Rorke waves them off cheerily.

Not that anyone else is entirely sure what’s happening either, but the problem with leaving early is that you will never find out what Rorke does next, and what she does is often fascinating. Resplendent in sports-bra, bright green strides and matching cape, the Aussie absurdist really is having a red-hot go at capturing that elusive Fringe spirit.

Ostensibly, this show is about a character called Jeneane Morris doing people’s horoscopes, which is quite a promising premise. But she only gets an hour to express herself each day, so after an intriguing recorded intro about Julia/Jeneane’s childhood, she lets rip. For a while, it’s pretty darn entertaining, a jade flash of energetic emoting. But then Rorke drifts.

While her sheer chutzpah had previously held the attention, the second half is a hot mess. There’s an awful lot of frenetic astrological gabbling. Perhaps punchlines are more apparent on better days, but tonight it feels like a Russell Grant cheese-before-bedtime fever dream that we are somehow trapped in.