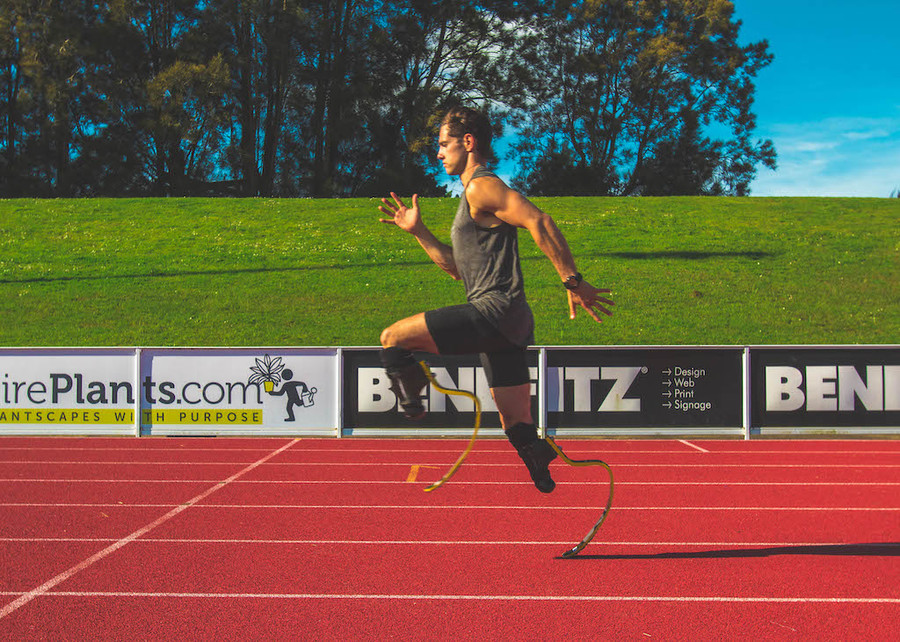 Sometimes a show is carried by sheer force of personality. Liam Malone became a star after winning multiple medals at the 2016 Paralympics, his fame arising from the interplay between his world-beating athletic prowess and seemingly lackadaisical attitude towards the whole darned enterprise. Here was someone who appeared to have done well entirely by accident, with disarming self-deprecation a powerful weapon for getting people on side.

Which is what we get in what I guess just about fits within the term ‘a stand-up routine’. No-one could suggest Malone has much stagecraft, or that his jokes are honed anywhere near perfection. Indeed, he says, “Oh, terrible” to himself after so many punchlines that it starts to become a gag in itself. Yet his insistence on finding everything ludicrous, and never taking himself seriously means he somehow pulls this off. That, and the fact that he’s got really interesting stories to tell.

He outlines his upbringing, repeatedly undercutting the inspirational narrative people with disabilities are often required to present. He recounts multiple tragedies in his family’s lives and mocks them all, finding humour in cancer, death, and online trolls with amputee fetishes. What could seem to be the hoary old trope of humour functioning as a vital survival mechanism is debunked throughout and replaced by mockery as a default relationship with the world. A show that should not work instead somehow becomes something genuine and unarguable. He’ll never win any standup awards, but he’s certainly entertaining to spend an hour with.