Si Hawkins chats to Joe Bor, Alice Fraser and James McNicholas, whose Fringe shows are inspired by their grandfather's lives 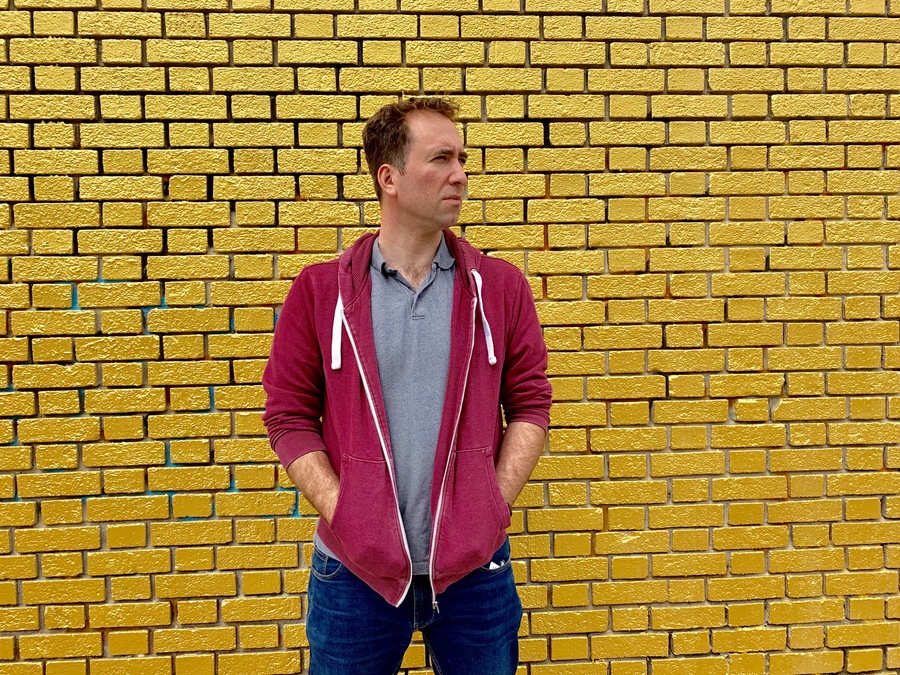 A late Edinburgh venue switch can feel catastrophic for displaced Fringe acts, but it’s all relative. Take Joe Bor, who was recently ousted from the now-kaput Espionage.

“My director said ‘you can’t complain about having to move 50 metres down the street – your show is about your grandad moving from Nazi-occupied Czechoslovakia.’ So, no, I couldn’t moan really.”

Bor is one of several comedians at this year’s Fringe actively celebrating their late grandfathers, whose tales are remarkable, humbling, and often intriguingly timely. The Story of Walter and Herbert is about Walter Bor, CBE, who became an influential town planner, and his actor friend Herbert Lom, best known for playing Inspector Clouseau’s beleaguered boss.

Both escaped to Britain in 1939. Joe Bor—usually a character comic—had planned to return to the Fringe with an autobiographical show, but “this really inspired me,” he says. “It’s an important time to tell that story: the ‘30s, after the financial crash, the rise of the right. Comedy can be powerful.”

Also charting a dramatic Czech departure, Alice Fraser’s show Mythos features her much-traveled grandfather, Adolf Friedenburg. The cerebral Australian comic is renowned for family dramas, and this one uses “stories from his life to open up questions—and jokes—about my own life,” she says, “and the way we do things now.”

Why is his story relevant today? “I think he’s a good example of a noble horse-riding, mountain-walking ‘old-fashioned’ man,” Fraser explains, “in a time where we’re struggling to look past some terrible masculine behaviour.”

That generation’s achievements are hard to match. James McNicholas, a Fringe favourite with the sketch trio Beasts, makes his solo debut with The Boxer. It’s a big deal for him, but also trumped by his granddad, Terry Downes. McNicholas initially envisioned a fictional show inspired by the late boxer/soldier/actor, “but the truth was just more interesting, and often funnier,” he says.

“Now the show tells his story with occasional interjections where I demonstrate the contrast in our lives. It’s the parallel stories of one man who had to fight for everything, and another who’s never really had to fight for anything.”

Uncovering these histories can be challenging. Bor’s research began with newly unearthed letters, Walter’s unpublished autobiography, and a lengthy audio interview. Clips from it appear in the show, although that first listen “was really scary and sad: I played it to my dad and we hadn’t heard my grandad speak for 20 years.”

Fraser is a veteran of family-themed shows, but admits to recurring concerns about doing justice to real lives. Is a comedy setting appropriate? “I don’t think I diminish him by the jokes I tell,” she concludes. “I have a bunch of tricks to make it work.”

This is new territory for McNicholas, though, who was “pretty nervous” about his family seeing it. “I haven’t put in some of the really stupid stuff about him,” he says, “like the time he tried to kill a bat with fly spray.”

Future descendants will have easier access to their grandparents’ stories, of course: our tweets and posts are likely to outlive us. Right now though, in this unprecedented era of Brexit-fuelled unease between young and old, perhaps we should encourage grandchildren to ask more questions.

“I think it’s important,” McNicholas concurs. “We think of legacy or inheritance in terms of money, or assets. But stories can be just as important.”

Fraser recalls asking her grandmother about wartime life, for a school assignment. “I learned so much,” she says. “I remember her talking about the food at 1940s boarding schools in Australia in graphic detail, including a sort of jelly they made with all the leftovers from the week. “I reckon I think about that once a week. It certainly puts Uber Eats into perspective.”

“My grandad was a town planner, who escaped Nazi-occupied Prague in 1939 to build a life for himself in the UK. He was in charge of rebuilding London’s East End after the war, went back to Prague to be town planner there, and was one of the people that built Milton Keynes – we joke about that, but it was quite a big deal. He was very driven: he seemed to have survivor’s guilt, so to deal with that he got his head down and ultimately became very successful. I didn’t realise how much he’d done.”

“My grandfather was a Czech Jewish man who studied law at university when there was a cap on the number of Jews allowed to study, just before WWII. He fought Nazis with knives, was arrested for making fun of Mussolini in Italy, went skiing with his shirt off, made ball bearings for the RAF in London, made his way to Australia, laboured on the Snowy River hydroelectric dam building project, and ended up drinking champagne for breakfast overlooking Sydney Harbour.”

“My grandfather was a boxer. A good one too: in 1961 he defeated Paul Pender to become the middleweight champion of the world. While that was undoubtedly his crowning glory, his whole life was one of adventure. He was raised in London during the blitz, but later spent three years in the US Marines. After he retired from boxing, he became a film star. Frankly, there really ought to be a movie of his life: I didn’t have the budget for that, so a one-man show in a portakabin it is.”