An engaging debut of personal and political observations 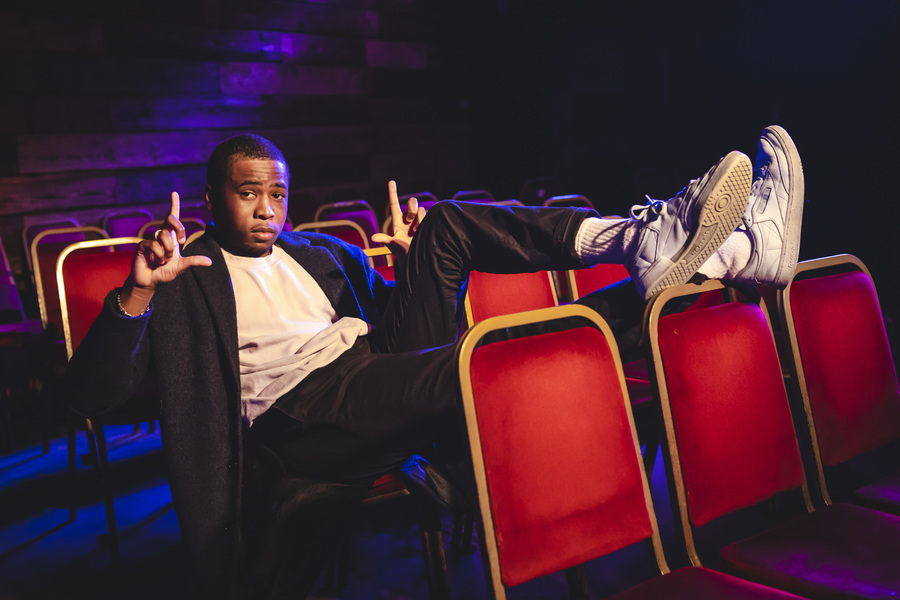 Starting from the premise that he needs to be less selfish and show more empathy, Michael Odewale's debut hour makes the personal inherently political. #BLACKBEARSMATTER is essentially a vehicle for him to make assertions about race, and to a lesser extent gender and class, undercut with a nice line in self-deprecation. Dismayed that his mother's well-meaning encouragement casts him in the mould of some decidedly dodgy black icons, and that his absent father not only fulfils a stereotype but advertises it on social media, Odewale implies that the world owes him more respect than vice versa. Even if he's aware enough to acknowledge that this might conceivably be self-interest.

Raised in tough Dagenham but privately educated, at least for a while, feeling both British and Nigerian but never fully fitting in with either, he's a typical insider-outsider observational comic, seeing his own travails in the wider context of society and the oppressed.

His analysis of the media's racial language profiling terrorists is hard to dispute, not least because it's already so well-established. But he segues into a more inventive and conspiratorial train of thought about the capitalist opportunities of terror.