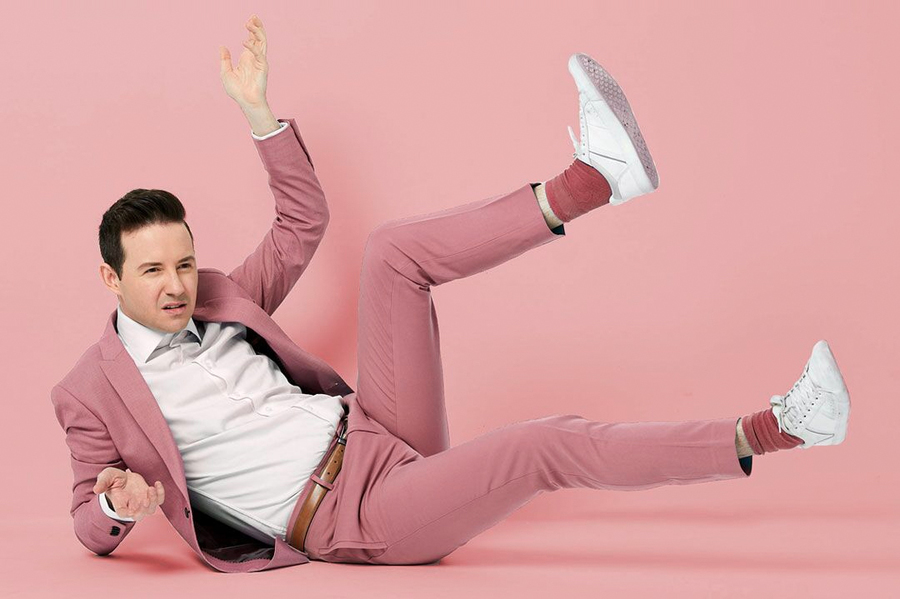 Nath Valvo just wants to be left alone. He rails against social conventions, bemoans WhatsApp groups, and hates his partner's friends. His is an everyman persona, bewildered by the need to be nice to other people, and bored by the inanities of conversation. It's a misanthropic worldview, made more acute by his disgust at seeing his friends—all in their mid-30s—suddenely making significant, long-term life decisions. The adult world is calling, and he wants no part of it.

But there's an inconsistency between his demeanour and this comic perspective. He's simply too pleasant to fully carry off this bitchy bitterness, and his barbs are never as acerbic as they need to be.

There's some really interesting and thoughtful sequences where he reflects on his coming out, and the consequences of Australia's 2017 referendum on same-sex marriage. This all hints at a genuine sense of grievance at his encounters of unwitting homophobia. Here the comedy becomes truly personal rather than striving to be universal. Passing references to his relationship with his father signpost matter that could fruitfully be explored, but it remains frustratingly in the background.

There's a confused running gag where Valvo asks if anyone likes jokes, and then, after some music, delivers a pithy one-liner. It points to a performer feeling the need to give shape to the show, but the gags aren't strong enough. It evidences a desire to please, when he'd be sharper if he instead focused on those experiences that, at the moment, sit enticingly just out of view.