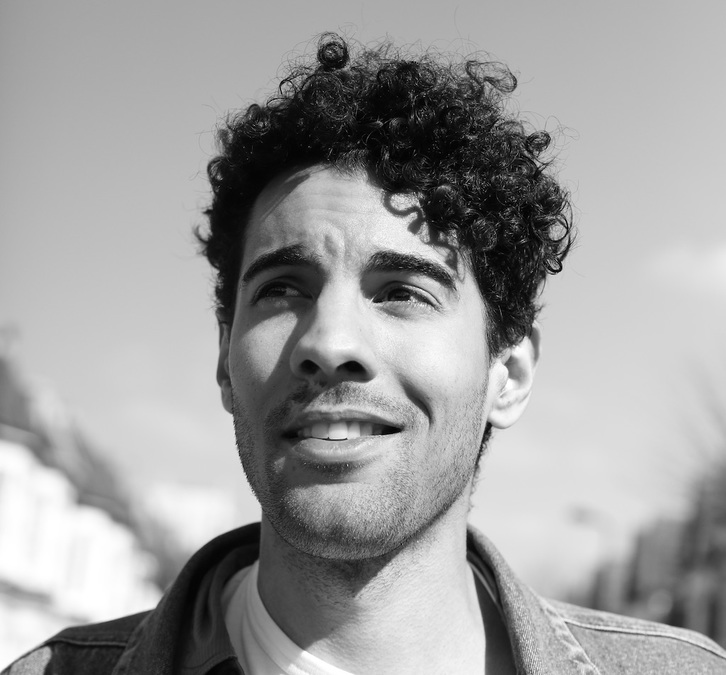 Given that he spends his regular working week editing film scripts, it should come as no great revelation that Nathan Roberts knows his way around a narrative. Live shows are very different beasts, of course, but this film buff turned standup also has a bunch of other tricks up his lengthy sleeves (tallness is one of the themes).

It kicks off with a well-made introductory video, then a philosophical quote that looks set to be ominously pretentious, but the amusing reveal suggests that we’re in safe hands here. So it proves.

Actually the flyer also suggests that Glowed Up is very film-focussed, although that really only kicks in properly later on: this is largely your standard how-I-got-here debut standup hour, but with some well-worked multimedia inserts to keep things popping.

There are some terrific lines along the way—Roberts does a fair bit of radio writing, and received the BBC’s Felix Dexter Bursary last year—and while his delivery isn’t wildly confident early on, those low-key set-ups often add extra ‘pow’ when a punchline hits. He’s also impressively at ease with random audience repartee, happy to wander off-script if potential arises.

That film theme really gets going in the second act (after another on-screen interlude, naturally) as a classic rom-com takes shape. Along the way Roberts makes some interesting points about how movies shape our romantic expectations, and—from his day job—how most scripts deal with race, and those themes eventually marry up via a late on-screen twist.