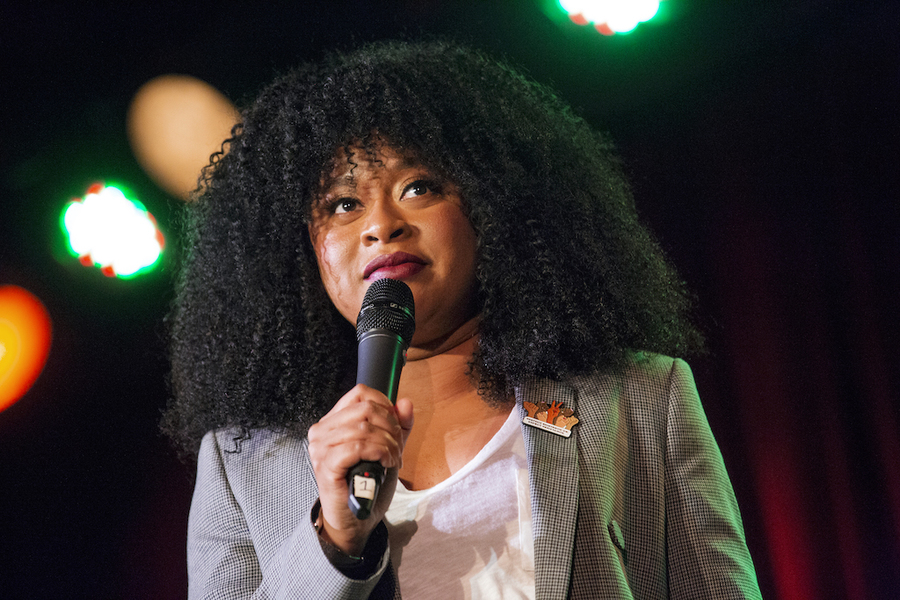 There’s a playful, informal air to Phoebe Robinson from the get go. Someone’s forgotten to call her to the stage, so she’s announced and there’s a pause as she has to belt it up the stairs to the auditorium. She’s straight in with a joke about racial stereotypes, “now you’ll be thinking black people are always late”.

It’s not the only spontaneous moment in the show, at one point she decides, off the cuff, to Facetime her boyfriend when the audience responds derisively to his home town of Bournemouth.

The ironic race gag at the top of the show is also indicative of the casual jokes she pops in all the way as sardonic punch-lines. Did Martin Luther King check the weather before marching on Selma? Probably not, but marching for civil rights in New York in August is hot and takes prep.

But race is not the main meat of this debut UK stand up show from star of the 2 Dope Queens podcast – which she hosts with the actor Jessica Williams. Though she begins with one of the two big events of her year—going on tour with Michelle Obama no less—the second is the more personal matter of moving in with her boyfriend. It’s that relationship that is the source of much of the material here.

Overall it’s a laid back affair in which Robinson proves a skilled comedian with nicely penned set pieces about how exhausting mounting her boyfriend is, her guts’ reaction to cheese and her boyfriend’s untidy talc habit.