Reading between the lines

Earlier this year, Brendon Burns followed a long line of comics when he succumbed to years of drug abuse. But why do hedonism and hilarity so often gravitate towards each other? 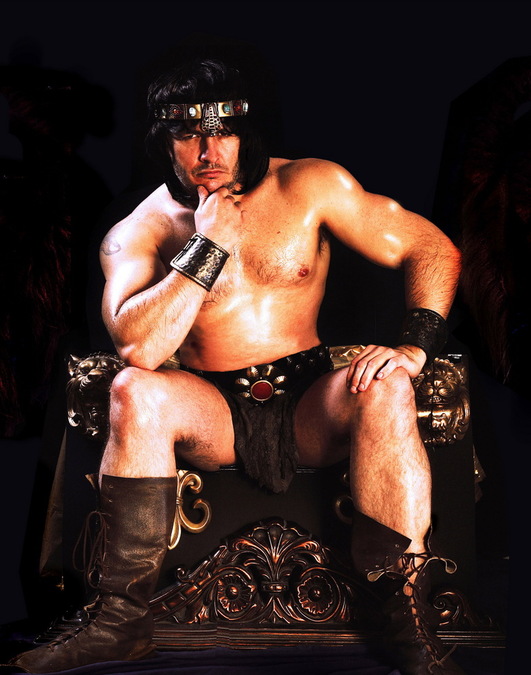 One morning in late February, Brendon Burns woke to End himself covered in his own faeces. A year of relentless
hedonism had taken its toll and after another characteristically brutal drugs binge the Aussie comic admits he'd hit 'rock bottom". Addicted to "everything but the skank", Burns was a gibbering mess and promptly checked himself into The Priory. Six months later, having lived to tell the tale, he presents the story of his descent
into mental anarchy in his new show Sober not Clean. "I went mad, full-blown absolutely fucking mental," he says. "I mean we're talking a wrap of coke and a swig of cognac before picking my boy up from school - that's insane behaviour."

Though Burns is an extreme case, stories of drug-induced profligacy are not uncommon on the comedy circuit. Indeed, comedy and drugs are wedded by a long and somewhat infamous history. Greats like Lenny Bruce, Richard Pryor, John Belushi and Bill Hicks all suffered from long-term addictions. Yet at the same time, such kings of comedy also took inspiration from their intoxication - or at least the memory of it - and arguably penned some of their finest material while loaded.

So why are standups and illicit substances so frequently drawn to each other?

One explanation may be that comedy is a largely nomadic activity, performed at late-night clubs where, as Burns says, "there are simply a lot of drugs around." Another is that stand-up, unlike other jobs, allows its professionals to talk openly about personal problems like drug addiction. Indeed, a brief flick through this year's Fringe programme confirms a number of comics doing exactly that. Eddies favourite Doug Stanhope reveals that he went on a month-long mushroom binge to prepare for this year's festival, and laid-back Canadian Sean Collins recalls how partying and pot-smoking induced a mid-life crisis "in reverse". There are also familiar reflections from Russell Brand, previously a cocaine and heroin addict, and a play about Glasgow junkies by comedienne Janey Godley.

Mike Gunn, a comic who was a registered heroin addict for ten years in his late teens and mid-20s, thinks the connection is more to do with the kind of people who are attracted to comedy. "I think you've got to be a bit disturbed to be a drug addict, and those who are disturbed often make the best comics," he says.

Certainly in the case of Bruce and Hicks, their respective mental health problems - ranging from paranoia to manic depression - had a profound effect on their comedy. "I mean your normal, well-adjusted person doesn't become a drug addict but they're also unlikely to be a comic," adds Gunn.

In 2003 Gunn decided to write a show, Uncut, recounting the horrific experience of his heroin addiction. The show was a big success at the Fringe and after receiving a grant from the Arts Council, Gunn began to use Uncut as an educational tool, performing it at schools, prisons and arts centres all around the country. "I think it works because I'm not anti-drugs. When I was at school some fat guy came around and said 'just say no', which wasn't very helpful because, well, I'd already said yes."

Janey Godley grew up in the Calton area of Glasgow - notorious for its high number of drug and alcohol users - but says she's never seen as many drugs as when she first entered the comedy world. "I think there's something about showbusiness, the way the adrenaline pumps when you're on stage, and the fact that when you come off and sit alone in the pub, you struggle to find a replacement."

There is also a perception that many comics not only use drugs to recreate the "high" of performance, but also to give them confidence before they take the stage. But Burns believes this type of recreational use rarely aids comedians. "You see guys' work go down when they do that, mine did," he says. "I could be dazzling but I'd fuck up every third show. And I'd end up doing these crazy late-night gigs where I'd want the biggest reaction of the night so I'd do something really dramatic or dangerous to myself like getting a guy's mohawk and sticking it in my arse crack or setting fire to the staff. Shit like that."

In Burns' opinion, cocaine is the most destructive drug in comedy. "When have you ever sat around with a group of friends doing coke and laughing?" he asks. "I think cocaine stifles creativity. It's ironic that cocaine is such a commonly-used drug in comedy - and some say they can't go on without it - because it's not a funny drug. Someone once wrote on Chortle 'Brendon Burns: about as funny as a coke-head can be' and I thought: fair enough."

However, history might provide a counterargument. As Bill Hicks famously said during a set in 1992: "If you don?t think drugs have done some good things then go home and take all your tapes, all your albums and all your CDs and burn them. Because those musicians who made the music that enriched your lives... rrrrreal fucking high on drugs, man."

Sean Collins admits that drugs have ?certainly assisted” his writing in the past. 'l've quit smoking now, but marijuana used to open a lot of doors for me," he says. "l found I could see things differently, perhaps in a more abstract way. I mean usually if there's a weird, out-there kind of moment in my set, it?s probably pot-inspired."

It’s careless to pigeonhole all comics as perpetual drug abusers. Many of Britain’s most high-profile comedians, including Daniel Kitson and Ross Noble, are teetotal and Burns is keen to point out that many others are able to manage their drug use quite easily. "A lot of comics are clean and there's only a handful that are as bad as me," he says. "I'd say about a quarter are heavy users, another quarter use occasionally, another just drink and the others are all teetotal."

Perhaps predictably it’s at the Fringe wheremost comics tend to overindulge. Doctor turned comic Paul Sinha says you would have to be "blindfolded and put in a cave" not to notice the comedians taking drugs at the Fringe. "I think there's a sense that this is the 'big one' and comedians must come and share as many experiences as possible." Sinha says it is mainly a white, male phenomenon though, and it has never really appealed to him. "Comedians-on-cocaine is not an edifying spectacle," he says, pausing. "Although I'm not sure they're really aware of that."

After an eventful month in the Priory doesn’t become a drug addict but they’re Burns finally returned to reality in March, and hasn’t touched any drug or alcohol in the six months since. He says he felt ”quite Zen" when he came out, and concludes philosophically "I think for us comedy is the drug, the addiction. Talking in front of an audience is man’s greatest fear, second is death. That’s why they call it dying on stage. A normal human being would run from the building if they were booed off stage, but a comedian goes home and books his next gig straight away. I think that's the hallmark of any addiction."