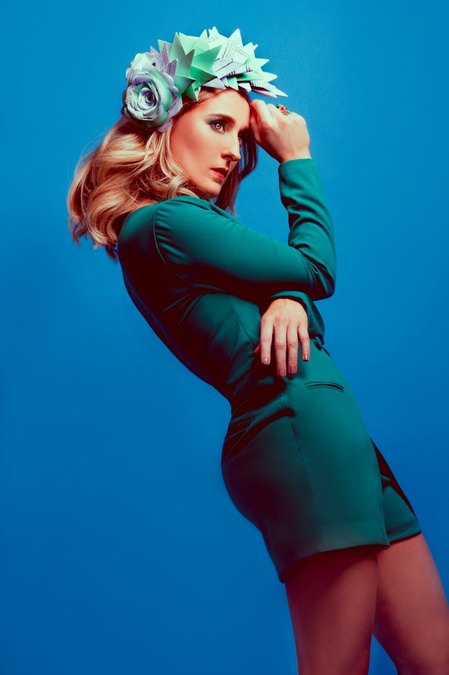 A few years ago, when facing a career crisis, Abbie Murphy’s friend asked her to close her eyes and imagine who she wanted to be. “Dawn French,” came Murphy’s immediate reply. “Or Jennifer Saunders, or Joanna Lumley, or Kristin Wiig, or Melissa McCarthy.” She’s not there yet, but she’s made a start since suddenly making a stab at comedy in 2014. And a promising one, too.

Her new hour of stand-up, Eat Sleep Shit Shag, is an origin story of sorts. It sees Murphy relive her days as a teenager partying on Kos (where she got off with MC Neat of Little Bit Of Luck fame), her early work as a dancer on Thomson Cruises (where her short temper saw her clash with some of the more moronic holidaymakers), and her time on a Bollywood film set (where the costume and make-up left a lot to be desired).

It’s not an hour that’s full of big laughs (it’s not actually an hour, clocking in at about fifty minutes), but Murphy has hit upon a winning on-stage persona that easily wins the audience over. Dressed in a ludicrously flamboyant headdress, she plies an effective line in ironic arrogance, her delivery dripping with breathy sardonicism. She’s from Essex originally, and you can tell straight away.

There are lulls in her set—her audience interaction, for one—but there are great moments, too. When she reads out extracts from her comically blunt teenage diary, it’s properly funny. A casual, charismatic show.