The otherworldly Alasdair Beckett-King is from a superior dimension 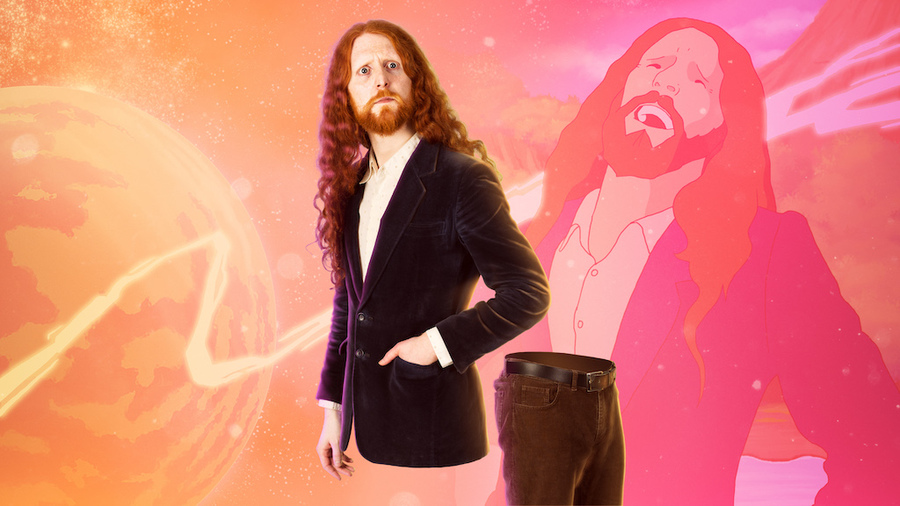 Alasdair Beckett-King is visiting us from another dimension, to query how we do things here and demonstrate how it’s all much better where he’s from. It’s a conceit that, in effect, enables him to engage in a wide range of observational comedy, unpicking nonsensical norms such as the Royal Family and the conventions of crime fiction.

It’s a format that draws on his otherworldly appearance, and he convinces as someone from somewhere askew. The whole idea is introduced via a spectacular and funny opening animation, in which he casts himself as a superhero saviour drawn in the style of 1980s adventure series such as Thundercats. But not much in the rest of the hour quite reaches those dizzying and creative heights, and instead this is a ragbag of largely-unrelated sequences that doesn’t coelesce into something more tangible.

This is a shame, as he has a comic voice that marks him as distinct from the majority of the Fringe. He’s erudite and nerdish but without the uptight unease that lesser comedians would mine for easy laughs. He’s clever without being hectoring, and a performance of a rewritten version of King Lear is both comic and original.

In a Fringe laden with boorish bombast, such care and precision in comedy is to be welcomed. It’s a relatively quiet, inclusive hour that indicates a singular worldview. If only he can find a more convincing way to better tie all of this together he’ll be a force to be reckoned with.