A funny hour of disjointed standup 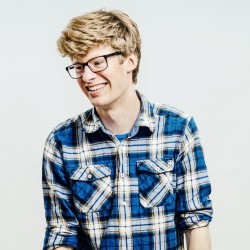 Proving the point that straight white millennial males aren’t a spent force in comedy, Alex Kealy achieves exactly what he sets out to achieve at the top of his hour: a bit of politics mixed with personal reflections.

Mostly, though, he tackles Brexit, and does so with aplomb, taking on common truths about our national, erm, conversation and providing genuinely new perspective. He has a nice style of delivery, frequently stumbling on punchlines, providing a running commentary on how lousy they are or how he’s flunked them. It’s deliberately unshowy, and quite exciting as a result.

There’s a definite sense over the course of A Kealy’s Heel, though, that he hasn’t quite made anything of the hour format. In a sense that’s fine – it would be tiresome if every standup were to try to squeeze in a mini drama. But even a three-minute pop song needs shape, form and weight, whereas often this feels like: material 1; material 2; material 3. It’s odd because some of his jokes, as individual units, have such structural panache. A takedown of Rowan Atkinson’s support for Boris Johnson, for instance, knocks out Boris Johnson (a man who resigned from the cabinet to “spend time with his Islamaphobia”), ricochets into Atkinson’s inability to distinguish between what you can say, and what you should, before exploding in his own face as a hectoring comic. It’s a great, scorched earth joke that leaves no one untouched.

Is it a metaphor for an interminable Brexit? Well, it’s hard to stretch to that. This is funny, but not a masterpiece.