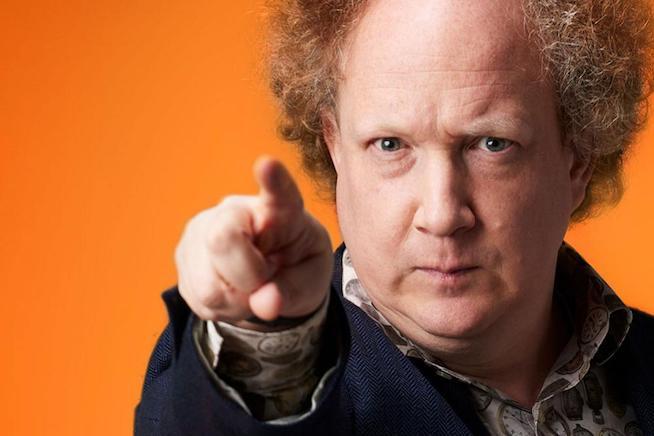 Fans of his Bugle podcast will know what to expect from Andy Zaltzman: whipsmart topical comedy, laden with wordplay, from a liberal worldview. And that's what's on offer right here. The conceit is that in trying to solve global problems, we ask the right questions but consistently land on the wrong answers. More than that; we insist on simple, dualistic answers that fail to accommodate the complexity of social issues such as the migration crisis and global capitalism. An opening sequence in which Zaltzman appears on a quiz show and gets every answer wrong because yes/no responses oversimplify matters neatly encapsulates this idea. And in its breathless delivery and barrage of gags it indicates we're in safe comedic hands.

A delicate balance is held here between bemoaning the failure of our leaders to respond humanely and maturely to such problems, and an inexorable descent into angry cynicism. Zaltzman adroitly shapes his frustration into something more creative than resigned despair. A skit involving technology that allows him to read ballot papers to unearth the reasons behind voting choices in the Brexit referendum is careful to inflict barbs on both sides. A later section where he unpicks the self-centred bombast of arguments about supposed British values is another clever conceit intended to highlight complexity. Indeed, a criticism here might be that the clever workings of the comedy enable genuine anger to be sidestepped, where fury might actually be appropriate. As such this is a political show that presents rather than engages with those politics.