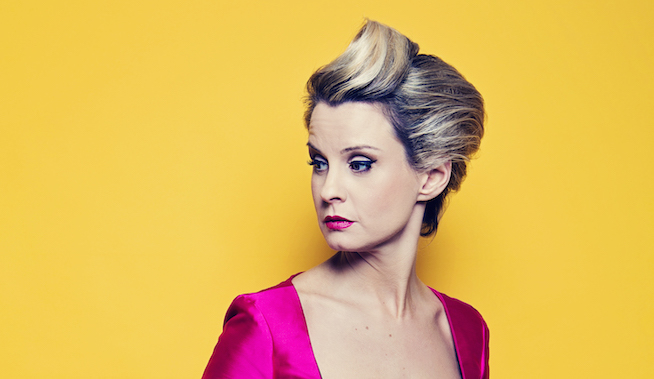 Over recent years, Anna Morris has developed a reliable character comedy format of four grotesque creations per show, most of them exploiting the distance between hollow, outward confidence and ability. Bombast essentially.

A textbook example of this is Georgina, Morris's perennially returning, best-known character, the privileged bridezilla whose patronising sympathy for others' less ostentatious nuptials in no way disguises the over-compensation for, and lack of robustness, in her own relationship.

Although she's the embodiment of British snobbery, there's a more pragmatic class consciousness operating in Jenie. Holiday rep on a low-budget cruise, she cuts corners and admonishes holidaymakers for any fancy thoughts about basic service, projecting the Ryanair model of getting what you pay for to insane extremes. Taylor, meanwhile, is a fashion blogger who veers from outright scorn about others' sartorial decisions to spouting gabbling nonsense, her fickleness the epitome of the internet's disposable mentality. And finally, there's the ostensibly meek Jane, who as a wired cake baker on the verge of a nervous breakdown, is, in fact, a neatly executed meeting of Mary Berry and Walter White.

Caricatures all, Morris nevertheless brings them to life with commitment, slickness and a varied skill set. Although the songs are invariably parodies of popular hits with the lyrics changed, this is often wittily done. And venting frustration as Georgina, she proves to have a good singing voice. Capable of switching her demeanour from insincere warmth to withering cruelty in an instant, Morris is accomplished at working the crowd as well, eliciting some entertaining responses from her bullied marks.