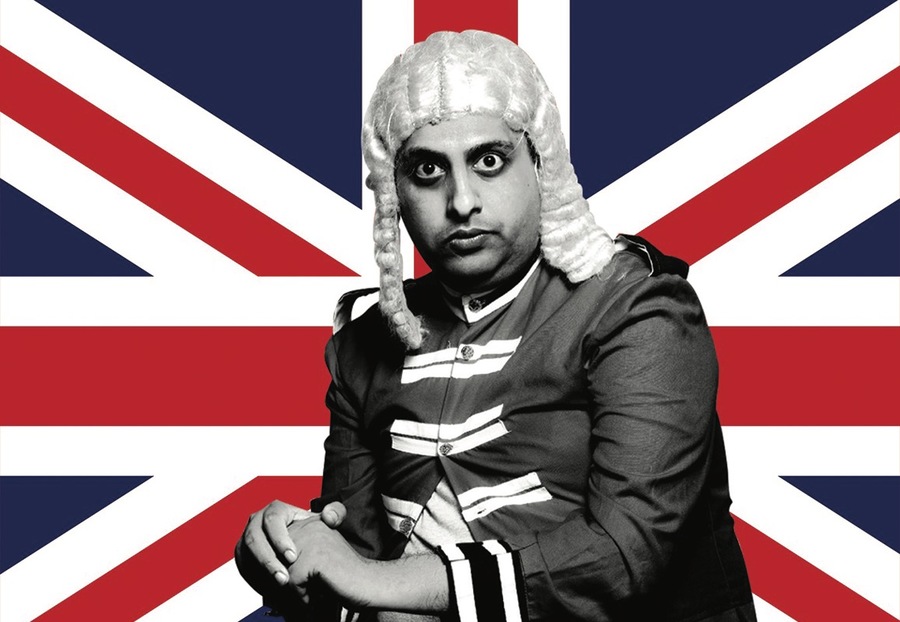 One of India's top stand up comedians, Anuvab Pal is here to speak about "the original Brexit", when the British Empire pulled out of India leaving a billion people to wonder what happened. It's a subject not often taught in classrooms in Britain and so although it may not be up-to-date material it is at least enlightening for many in the audience. We're finally able to learn about a particularly dark period of British colonialism.

Pal, though, is an affable host and vitriol is not something his mild mannered nature can particularly summon. It's perhaps something of a missed opportunity for slinging some mud back in the eye of the Brits, but Pal's good natured ribbing is a good alternative.

Years of British rule have left him with a clipped upper class accent. This has served him well when venturing to English speaking countries, but is not something he has had a particular choice in. Pal's stock in trade is understandably the many differences between the cultures. Even if his people have picked up the repressed nature and plummy tone of their colonial overlords, there's still much that divides them. Pal doesn't offer much new in the gentle observational style of comedy he is peddling, but at least it's covering ground not often covered. When he veers away from the subject of enforced co-habitation with the British the novelty wears off and his hacky and sometimes puerile jokes about farting in yoga and the like raise titters, but not much more.