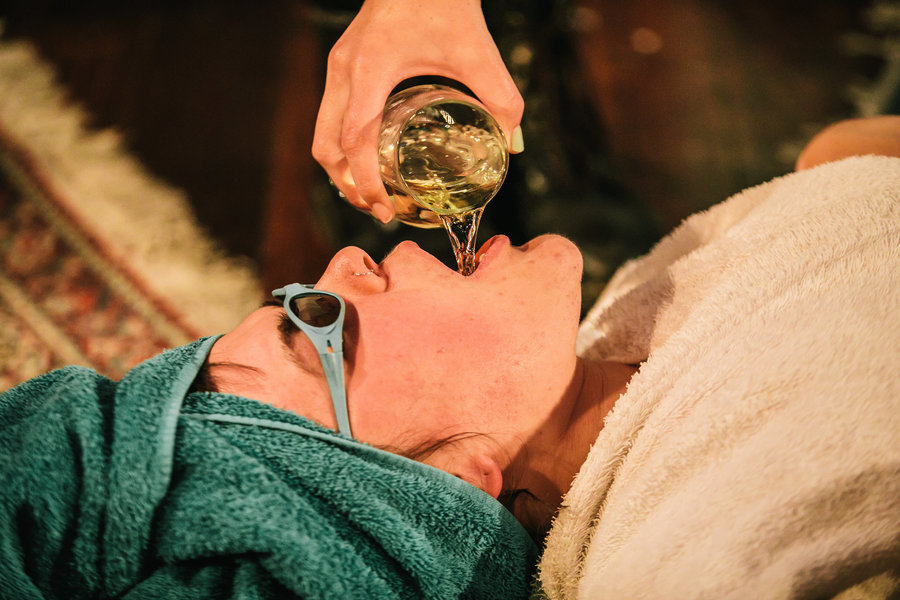 Shows like Aunty tend to be the safe bets of the Fringe, the international hits that haven't previously made it to our wretched island. The material has been honed and lived in, so all that's left is for the performer to gamely battle jet lag as the latest round of plaudits comes rolling in.

Unfortunately for us and New Zealand's Johanna Cosgrove, something seems to have been lost in translation here, as her award winning hour amounts to a decidedly amateurish exercise in audience participation.

The premise is that we are her extended family and have gathered inside an unpleasantly claustrophobic shipping container for a reunion. Parlour games and vulgar storytelling ensue, but everything feels forced, the performer having neglected to first earn our consent or interest. When she insists that two audience members engage in an arm wrestling match, some spectators crane their necks to follow the action and play their part by cheering along, but most eyes drift wearily to the floor. There's nothing on offer here, and yet we're immersed in it.

None of this is to say that the first performance of the run is met with total apathy. Cosgrove has friends from home in and they hoot with glee at every obscure New Zealand reference included for their benefit, while—puzzlingly—a British teenager is heard to remark “that was literally genius,” upon leaving the venue. God help us if there's ever a war.