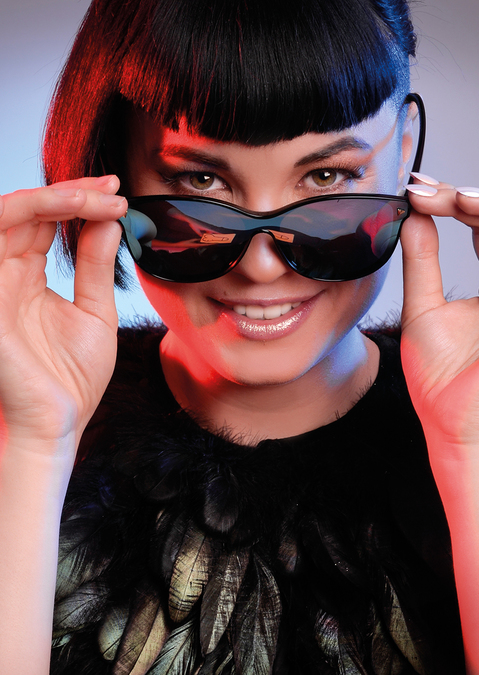 There’s a moment early in Bec Hill’s ambitious new show where she polls the audience about the merits of the band Coldplay, with particular mention of their debut album, Parachutes. Coldplay, of course, are the epitome of dependable consistency. No alarms, no surprises. This show, on the other hand, is like one of those not-quite-classic pop albums that boasts several absolute bangers, which will live long in the memory, but then also a fair bit of filler, which won’t.

The sketchpad-wielding Aussie is pushing the envelope here, and much of it succeeds. I’ll Be Bec’s big concept is that Hill can now time-travel, but mainly to the future, and as you might expect, things are not 100 per cent hunky dory. There is still a good chunk of DIY animation along the way—in the show, not the future—but also some hugely impressive ideas that elicit gasps from those punters who were largely expecting puns and customised drawings.

This is also Hill in serious mode, and herein lies the problem. After an ingenious early reveal, the show evolves into a sort of post-dystopian morality play, but the worthy exposition drags. Taking a lengthy break from the funny to make some serious points is bold, but those points do need to be interesting: telling a Fringe audience that we need to change or the planet is in trouble is hardly a novel revelation, and unfortunately the clever set-up isn’t quite enough to sustain it.

Still, better to have gone off like a firework than to be Coldplay.