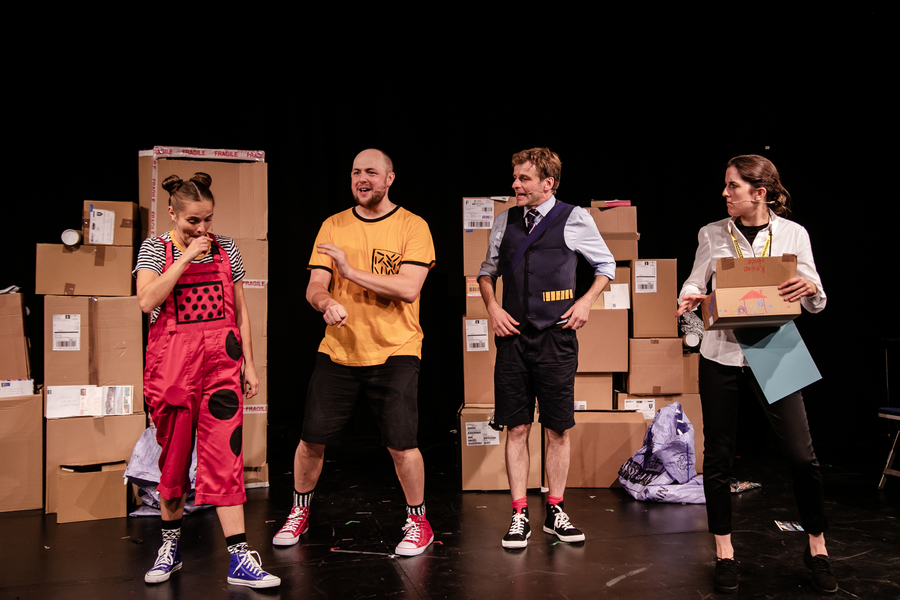 Five minutes from the end of Beetlemania: Kafka for Kids! and I'm convinced they've blown it. Too neat. Too happy. Not Kafka. I'm totally wrong: Fringe stalwart (legend?) Tom Parry and his "Kafkateers" blow any trite closure out of the water, in a show that genuinely feels like a manifesto for our times. Franz Kafka can be obscure, tricksy and obtuse, but it's difficult to think of a better paraphrase than [sing it]: "it's not black or white, and that's alright".

Put like that, it seems obvious that kids (and mums, and dads and, well, people) should be presented with narratives that don't fit into neat boxes. They are presented here beautifully, with Kafka's oeuvre squashed into short, absurdly unsatisfactory snippets and wrapped in a narrative that is just as equally absurdly unsatisfactory. 'Poseidon' is a particular beaut, with its description of the god of the seas drowning in admin. "Endless work! That's the worst kind of work," laments Parry as the fishy king. His experience as a comic and energetic crowd-pleaser is put to good use in this rather literary endeavour.

There's a guitar onstage pretty much permanently, and there's no need for it to be, really. A little D minor strumming goes a long way. And it feels a bit uncomfortable that the two women in the cast either have no meaningful dialogue (Kat, played by Heidi Niemi, speaks only in Finnish) or serve as a representative of the faceless bureaucracy (Karen, played by Rose Robinson). Beetlemania would flunk the Bechdel test. Still, I'm sure there's a reason. Things are complicated, after all.