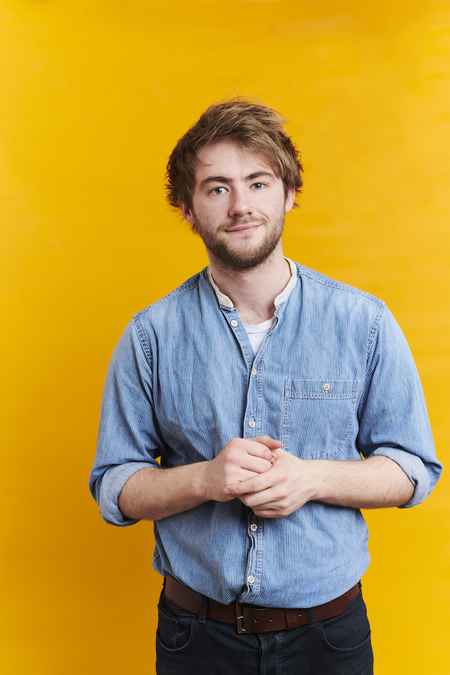 Is it too much to insist, as part of a routine about coffee (key point: we drink a lot of it) that a comic get their punchlines factually correct? Chai lattes might be the hippest drinks around, but coffee they do not contain. It feels churlish, because Pope is so very likeable, all scatty and dishevelled and charming. But it's difficult to shake the feeling that he surfs this wave a little too much, and lets slip the detail.

At one point, he does a callback to a joke he forgot to deliver. A couple of times he squashes punchlnes delivering lists in twos rather than more satisfying threes – a technique so evidently a part of the comedy toolbox that it's jarringly obvious only in absence. A central element of his grand reveal trips over the fact that one audience member already gave the right answer when asked in the opening amble. He could so easily have been passed over and the effect remain.

But, it really is a big wave that he surfs, and Pope has some ample skills to bolster the charm. His turn of phrase and metaphorical game are on form. He is a total delight engaging with the audience and capitalises beautifully on some tricksy behaviours. In a show which asks us to reconsider those achievements we value—and the supposed failures we are ashamed of—he coaxes one of the best illustrations of our collective lunacy around debt from his crowd you're likely to see. It's a ballsy and clear-eyed routine that gives a hint of a unique voice with sharper—though still, obviously, charming—edge.