A beautifully constructed reflection on conflicts that she knows she will wrestle with for the foreseeable future. 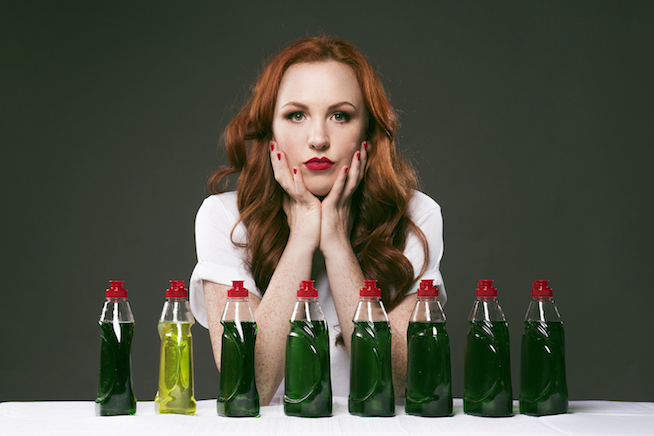 Eyes roll as Catherine Bohart takes to the stage and announces that she is Irish, bisexual and has OCD. Those anticipating a gentle set predicated on the idea that nationality, sexual preference and a tendency toward order and cleanliness are substitutes for personality and strong material find themselves blind-sided by what follows.

An insightful, disarmingly honest opening routine reveals that the performer has struggled enormously with her mental health, to the extent that she has found the condition debilitating at certain points in her life. She doesn't tell us this in a confessional manner, but a spirit of nonchalant openness, all the while revelling in her inability or unwillingness to empathise with others. She makes us laugh, establishes trust and offers assurance that she has no interest in trite sentiments.

Bohart's debut show is a beautifully constructed reflection on conflicts that she knows she will wrestle with for the foreseeable future. As a socially progressive Irish expatriate with a close relationship to her church-going parents, the comedian's sense of self is forever tested and compromised by emotional attachments to the places and people that formed her. Building to a genuinely moving conclusion, Immaculate sees Bohart attempt to establish some sense of inner peace, while offering biographical background to what has emerged as a fully-developed comic voice.