Review: Christopher KC: Why I'm No Longer Talking to White People About Rice 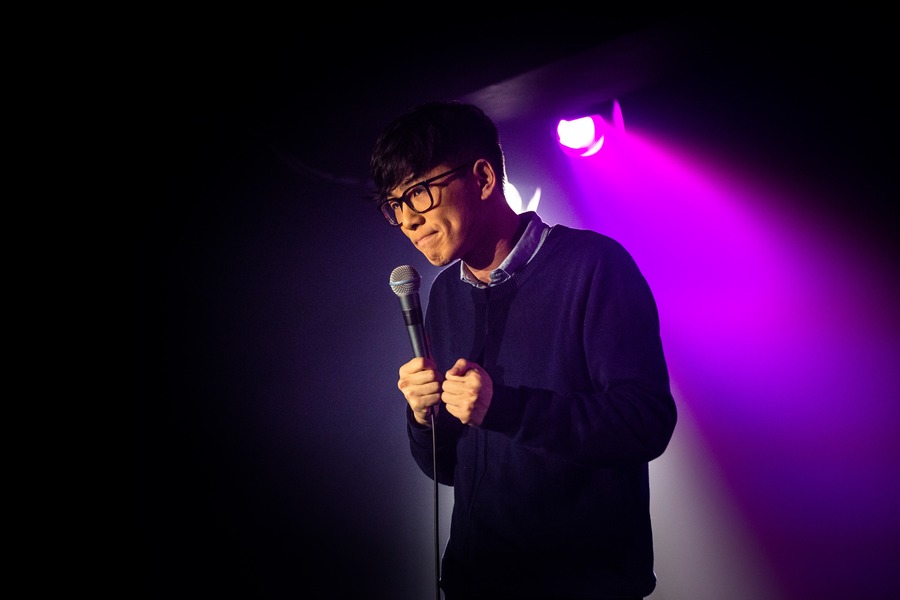 You get to browse the full range of stand up delivery methods during a month at the Edinburgh Fringe, from the perennially bouncy to the professionally furious to Christopher KC, who demands a category all of his own. Or perhaps "demands" is too dramatic.

For KC, the principle of projecting really only applies to the kit he uses to show wildly inappropriate old movie clips (what do John Wayne, Marlon Brando and Mickey Rooney have in common? They all played bizarrely offensive Asian characters). And to highlight wildly inappropriate ways to cook rice, hence the title.

True, this Fringe debutant does liven up when the show goes off-piste—try not to be late, as it clearly riles—but during the regular routines his Glasgow brogue is largely a pleasingly unflashy semi-mumble. One guy towards the front evidently finds it all-too soothing on a sunny afternoon and appears to nod off regularly, which is a shame, as KC has a lot of original points to share.

The fact that a Glaswegian accent emerges from that face at all is a big part of this show. Every local interaction is a potentially infuriating new adventure: with panhandlers, at parties, and one particular social event where the only plausible way to avoid offence was to affect an Asian accent. Now there’s a novel ethical conundrum. Meanwhile that screen also flags up several genuinely interesting stats along the way. Don’t be late, stay awake and you’ll take home some hearty grains of truth.