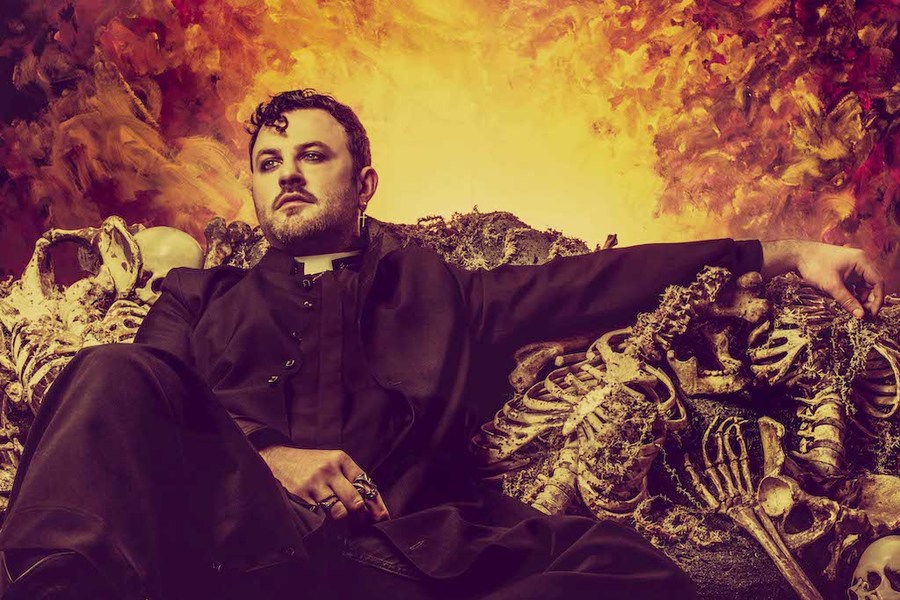 In order to become a priest, Ciarán Dowd's Don Rodolfo needs to learn not to succumb to temptations, which means he must do everything in his power to avoid being tricked by the devil, who is set on preventing Rodolfo’s progress. What follows is a high-energy and chaotic race to the Vatican, where Rodolfo is to meet the Pope.

With a sassy flick of the eyes, Dowd has his audience under his spell. We are participants in this surreal world, and it isn't a difficult task to embrace it. Though this world is full of trickery and false appearances, the strength and simplicity of the character of Rodolfo holds everything together. And while the story of Padre Rodolfo is ridiculous (there’s a talking owl with terrible memory and a giant wheel of cheese involved), it all somehow makes sense if you let it.

Dowd is smart, embedding specific, modern day observations, and unformulaic ones at that. They contrast deliciously against the priest’s flamboyant and rather grandiose demeanour, reminding the audience that this is a character, despite the (literal) smoke and mirrors (no actual mirrors).

Dowd has created a fast-moving, action-filled adventure that is thoroughly unpredictable and genuinely unsettling in parts. Padre Rodolfo is a truly immersive experience.