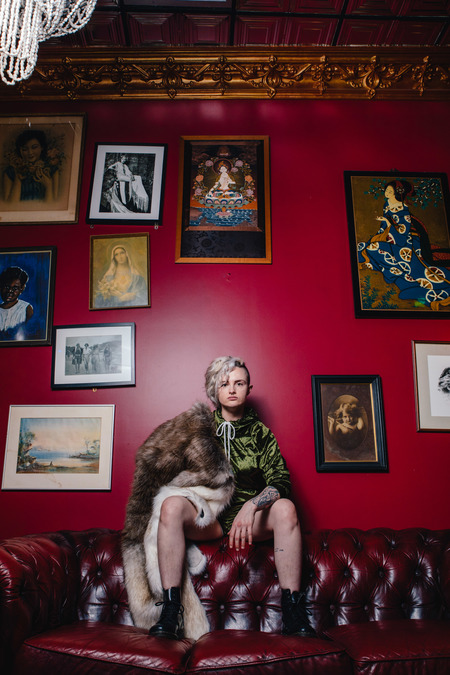 Two years in and Demi Lardner already seems a significant fixture in the Fringe firmament, much to her apparent surprise.

Where other comics court the critics and awards, with powerful shows about their messed-up lives and our messed-up world, Lardner is drawing mutant horses, spewing gunk and having a right good dance. Her shows are like a twisted update on those cool '90s comedy shows like In Living Colour, where they’d cut to a bunch of random street-dancers between sketches: Lardner’s on a budget so does it herself.

The award-laden Australian is even less beholden to narrative than last year, where dark themes lurked under the lunacy – lots of stepdad digs. There’s still a hint of that here, notably some bizarre old home-movie footage, but generally it’s just a riot of ideas thrown together. She even forgets to do one bit, and decides to ditch it with no obvious repercussions.

This may be haphazard but there’s something splendidly distinctive about Lardner’s big beat-fuelled and often gleefully gross gags. She gives due recognition to the sound guy—whose timing needs to be top-notch too, as many of these punchlines involve audio tricks—although what’s also refreshing is her lack of faux-politeness about the Fringe, and even her venue neighbours.

Evidently there’s been an issue with her banging tunes interfering with the show next door, but it comes back the other way too. “Hearing his applause is so fucked up,” she says, during an otherwise quiet bit, “but I’m taking it.” She doesn’t need it.