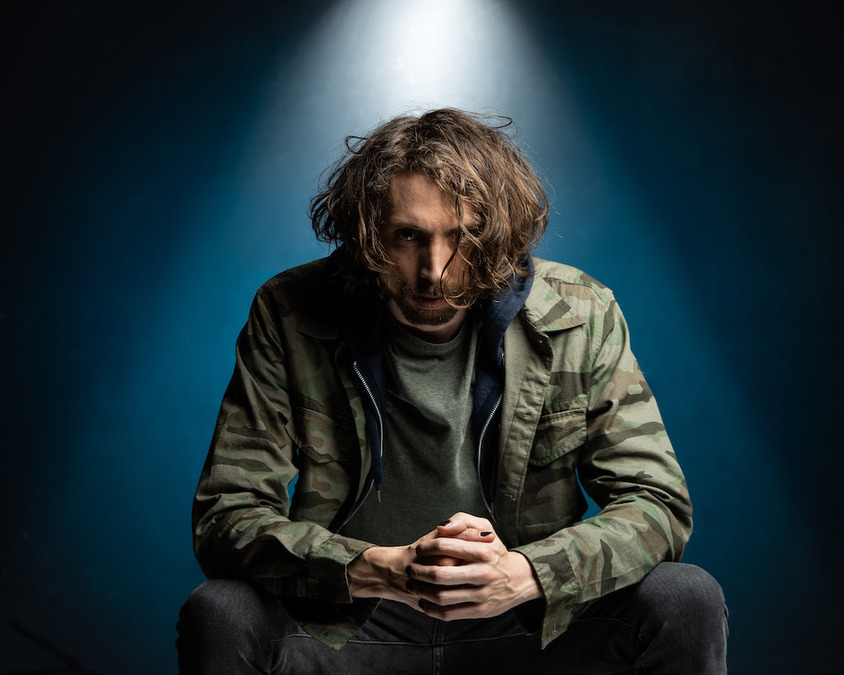 Borne of Chaos is a bold, dramatic depiction of the genuine terror of mental health issues and the subsequent clarity that develops when these problems—temporarily or permanently—go away.

Eric Lampaert approaches the topic with admirable frankness. He candidly lays out the significant events from his childhood and adolescence that he believes contributed to his own mental health issues, and in doing so he opens himself up for dissection.

Aspects of the show are highly disturbing, with Lampaert able to contort his body and voice in the most sinister of ways. The comic’s horrifying physical manifestation of depression itself is something that will remain in the subconscious for a while.

But he flits between sinister theatrics and knob-gags frequently, and while the transition sometimes feels slightly strained, the smut feels like safe territory and we’re happy to get back to it.

Although indulgent at times (with some of his dance routines, it isn't clear if he’s taking the piss or not), Borne of Chaos has huge theatrical value.

The show isn’t designed to be a smooth ride. It’s an artistic depiction of depression, anxiety and psychosis, and we shouldn’t find that comfortable. Ultimately, Borne of Chaos is about growth, developing understanding and forgiveness. It’s about owning your past experiences, trauma and mistakes, and seeing how you have grown from them.