A chaotic evening of acting lessons 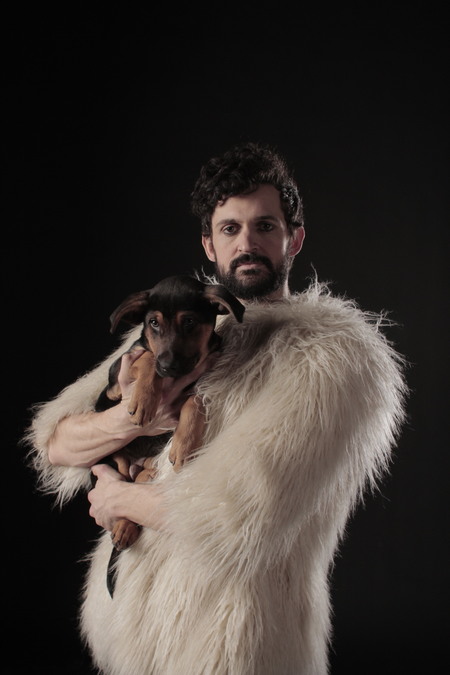 Garry Starr leads a masterclass in silliness. Dressed as a gladiator with a Shakespearean ruff, Damien Warren-Smith’s character creation guides us through a series of dramatic exercises where unapologetically dumb wordplay turns the tropes of a failed actor into cackles and lettuce-covered mayhem.

Following his debut solo show, Garry Starr Performs Everything, Warren-Smith returns with his overly-confident alias. A consistently out-of-work actor, Starr faux earnestly takes us through the chapters of his upcoming new book, An Actor Pretends. The Greeks invented acting, he says, but he wants to return to the good old days of pretending. Spitting on method acting, he unloads his utterly awful tips and tricks. Delightfully groan-worthy puns are made literal as he catches an agent with a physical casting net. Each chapter leads to a new dose of chaos. Pathetically hopeful and stubbornly proud, Starr is the perfect host of anarchy.

There’s a heavy focus on audience participation. He may have forgotten to put it on the posters but there’s a high chance his floppy penis may at any moment waggle near your face, possibly while he hand-feeds you dinner. And beware: after a gag about absorbing his lines, you might want to be careful where his hands have been.

While it makes such good use of theatrical conceits, much of the set focuses on acting for film, with boldly punny movie references and double entendres shoehorned in at every corner. His acting career may be doomed, but his comedy is gold. In this one-man show, Starr is a worthy protagonist. Why go to the cinema when you’ve got it all here?