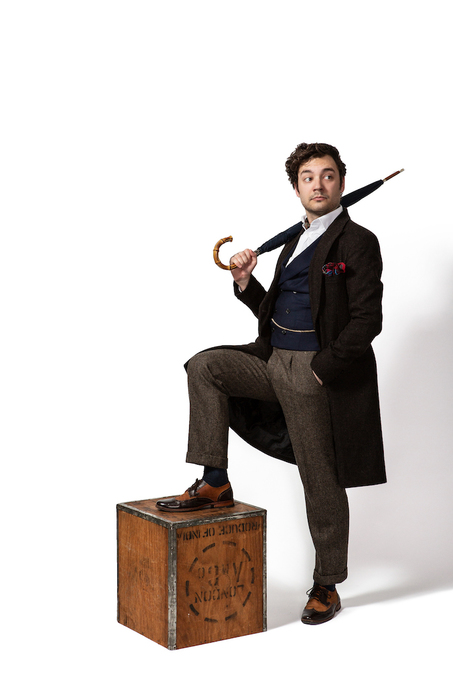 George Fouracres has already seen success as one third of acclaimed sketch trio Daphne, but this is his first venture into solo standup. It is, appropriately enough, something of an introduction – a confident, clever hour of intensely personal comedy that’s not massively big on laughs, but is packed with plenty of insightful chat, particularly about class.

Fouracres hails from a working-class family in the West Midlands—you can tell immediately from his broad, bandy Black Country accent—and was educated at Cambridge (“the university of the turrets”, as he terms it). He has, he reckons, seen life from both sides of the class divide, and most of the show is seen through that lens, whether it's childhood anecdotes about his dapper, down-to-earth Granddad (“He didn’t have a surname until he was nine!”) or his lessons in the twangy Willenhall dialect (“Y’ALL NAW THE GAME!”).

He’s unable to resist squeezing in a few characters, too – ridiculously OTT, vulgar personas, the likes of which Daphne fans will be familiar with. They'll particularly relish his contorted impersonation of Mavis from Dad’s Army.

Dressed in a tweed jacket, Fouracres is a warm performer in more ways than one, entirely self-aware of his own nerdiness. “The best day of my life was A-level results day,” he quips, early on. “That’s the sort of show we’re dealing with here.” But he’s an endearingly sentimental one, too: his closing bit, when he reveals just why A-level results day was the best day of his life, is a tiny bit tear-jerking.