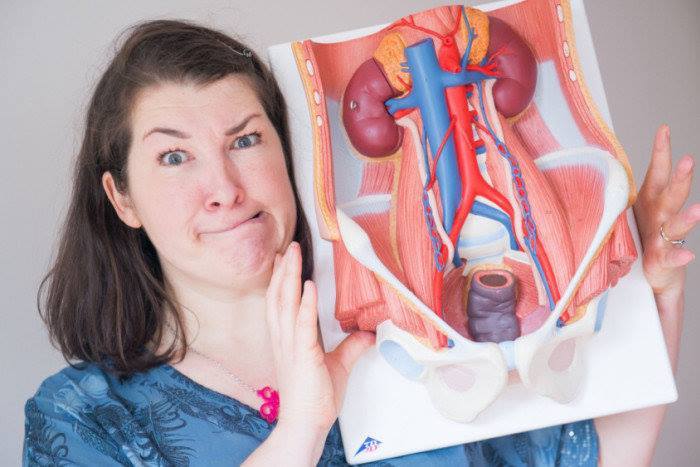 Elaine Miller is a physiotherapist who, after experiencing an embarrassing incotinence problem, is on a mission to get everyone doing pelvic floor exercises. Part lecture, part standup, the show mingles medical facts, health advice, and very rude jokes resulting in an uplifting and informative hour.

Miller's a born storyteller who charms her crowd. Flitting from anatomical explanations (replete with models) to caustic asides at the medical profession's historical failure to research women's bodies, this is a powerfully political show. Her aim is to normalise this topic via humour, and there's no doubt by the end the punters are having conversations likely to have previously been taboo.

There's fun in seeing the women in the crowd roar collectively in recognition at jokes about incontinence pads, while their husbands look on, bemused. But the show is inclusive, and she outlines to the men how they too will benefit from exercising their pelvic muscles. All of which, of course, results in a mass workout, which is interesting given the cramped conditions.

It's gratifying that the Fringe has space for shows such as this. It evidences the social function of humour, and how comedy can change people's lives. While there's multiple shows rightly querying societal problems, here's one with practical advice (and free lube). And in giving a space for audiences often unthinkingly excluded by much on offer at the Fringe, it's radical without shouting about it. Miller's mission is a worthy one, and she's got the charisma to convert you to her cause.