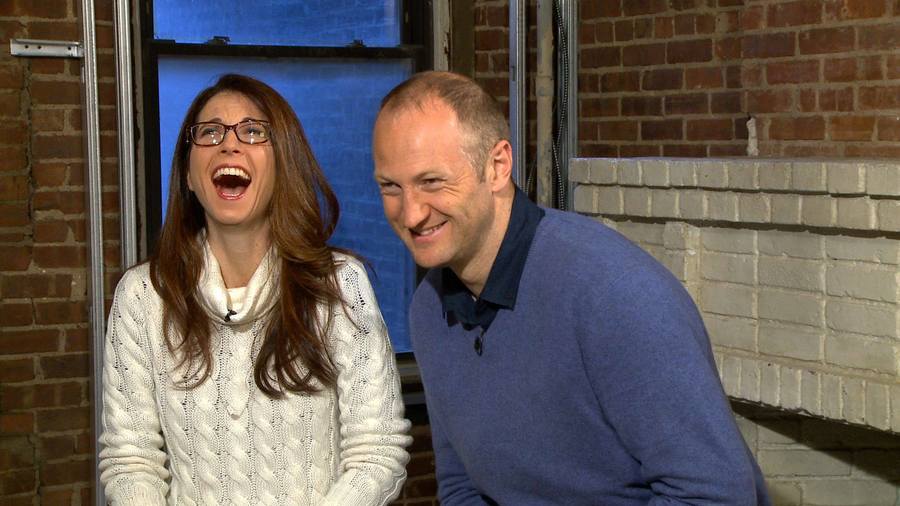 There's something so winningly goofy about this offering from rapper Baba Brinkman and his neuroscientist wife Dr Heather Berlin. While billed as a comedy show with a strong scientific basis and real educational value, Baba is no conventional comedian. He excels at churning out joyful, funny rhymes on obscure or unlikely subjects, but his crowd work is weak and his asides are strangely boorish. There are moments during Berlin's series of engaging micro-lectures when he interjects with the intention of lightening up the mood in the room, only for his quips to hit the floor with a thud. The academic has no option but to laugh along and grimace slightly as she attempts to pick up where she left off. As performers, the couple really do not gel.

Nevertheless, they repeatedly subject us to pictures of their children—one photo, bizarrely, shows all four family members in costume as Pixar's The Incredibles—as though trying to sell themselves to us as a brand, a wacky but loving family unit. Infuriatingly, it works.

This show is all about the neurological activity underpinning control and lack of it, why we do things against our better judgement or in spite of the consequences. At no point does Berlin explain why the audience warms toward the pair on stage, and it's probably best just not to think about it too much.