Jack Gleadow's first show is a mixed bag of tricks 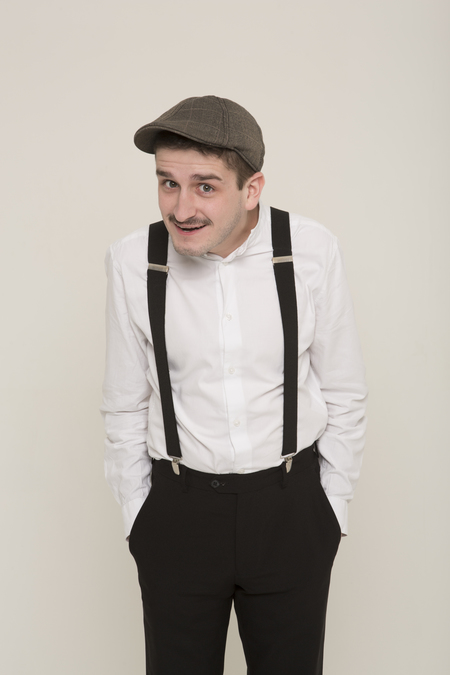 As a regional champion child magician, Jack Gleadow's comedy heroes aren't those most in Edinburgh have in mind. It's as if the influence of the 1980s alternative comedy boom never reached Hull. He namechecks Joe Pasquale, and his hero—to the point of idolatry—is Bruce Forsyth.

It makes for a refreshing stance. Gleadow's delight in being here and knowing the kind of variety act he wants to be gives him a winning charm. He also doesn't lack ideas. But it's this diffusion of material that hobbles Mr Saturday Night.

Instead of an hour of unapologetic end-of-the-pier entertainment, he tries to cover the waterfront. The show unravels and can't recover from wild tonal shifts. At some points it's like a family show; at others it's a lads' night out. His frenetic energy, which is reminiscent of Lee Evans, also turns against him. His strongest jokes skim the surface with such speed they have little chance of leaving any ripples of laughter.

Both his energy and genre-hopping may one day be an asset for Gleadow, if he can fold it all into his own style. He's the kind of act where the line between great and shambolic is paper-thin. But for now, his freewheelin' act seems to run away from him.