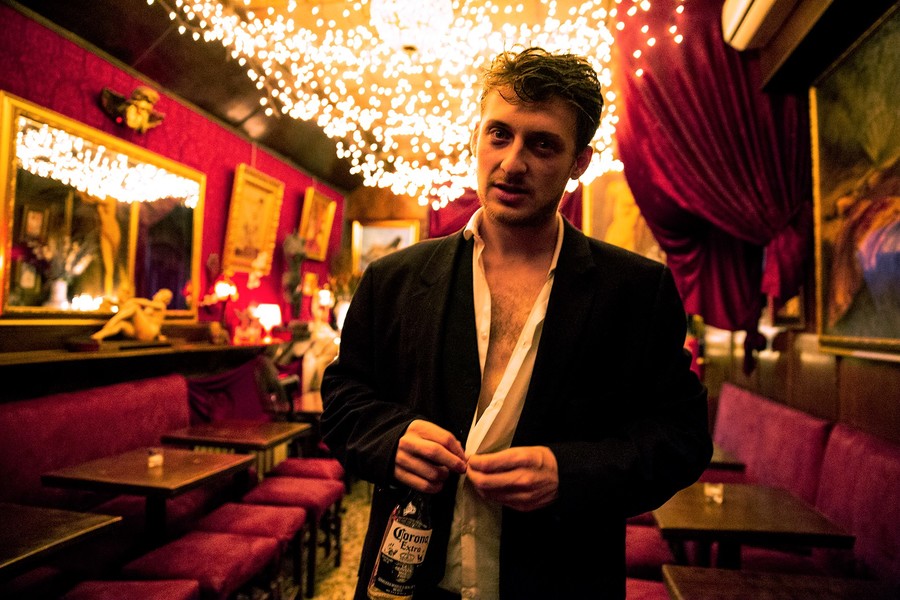 Anyone who listens to certain popular US podcasts will know that the Edinburgh Fringe isn’t for everyone: there are many acclaimed American comics who did one full run and immediately entered that exclusive club who will never set foot here ever again. They came, they saw, they concurred. And surely Jack Tucker will soon be joining them too: that old hack, trying to turn his gimmicky club set into an Edinburgh hour? It’s a recipe for disaster.

Actually it’s a minor triumph, from the mind of Zach Zucker, usually of the Norwegian/American duo Zach and Viggo. Tucker is a fascinating creation, a lounge-suited New York cabaret casualty who uses incessant sound effects in lieu of material: gunshots and guitar riffs and mistimed swear-beeps. They’re the modern equivalent of an old casino comic’s post-punchline rimshot, except Tucker barely has any punchlines.

Watching him wade through his FX repertoire is oddly reminiscent of catching late-era James Brown at festivals, where the Grandfather of Soul would just shout “Huh!” for an hour. But here there are also pratfalls, theatrical pretensions, flying condoms and excruciating crowdwork, as Tucker tries to work out what on earth an arty audience might want.

It’s a hugely entertaining spectacle, and a wide array of standups might find it unnervingly close to home: even some of the Fringe’s critical darlings will recognise stuff they do here. Zucker really skewers the whole genre, but doesn’t take this troubled comic to the darker zones you might expect, this time. Jack, no doubt, will be back.