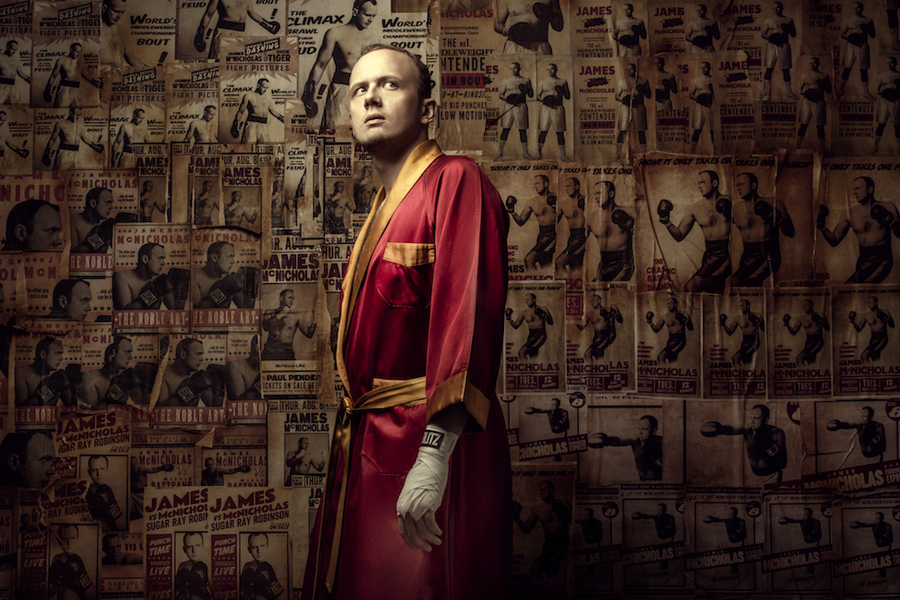 It seems obvious when someone points it out, but there's more boxing films than any other sporting film genre. And they've extraordinary structural similaries, too, which James McNicholas does a fantastic job of both dissecting, and adhering to in The Boxer. Why? Because his granddad, Terry "The Paddington Express" Downes, was world middleweight champion in 1961. McNicholas, flying solo from sketch troupe BEASTS, is very unlikely to achieve the same, and it's in telling the story, through a sequence of acted segments, of this extraordinary granddad (and his extraordinarily straight-talking grandma) where much of the comedy lies.

What elevates this beyond your average family history show, though, isn't the emotional punch McNicholas ushers us towards – though, of course, it's a hard-hitting one when it arrives. It's the seriously heavy weight of jokes that he pummels into the hour. Like a volley of punches they slip though every conceviable opening. Far from mining a seam for comedy, McNicholas has strip-mined and laid waste to a continent. It's so much fun.

It's not all right hooks and roundhouses. McNicholas' tonal switches between tough man Terry Downes and soft boy James aren't at all convincing – a pair of specs and a momentary camp vocal lift make for a ropey character device. And it's fair to say that McNicholas' jokes are of-a-kind, tending towards bathos or bait-and-switch, with a clear consistency of structure. The quantity isn't the problem – it's absolutely the show's strength. But one can't help but feel that the odd stylistic shift here might help kick it up a notch.