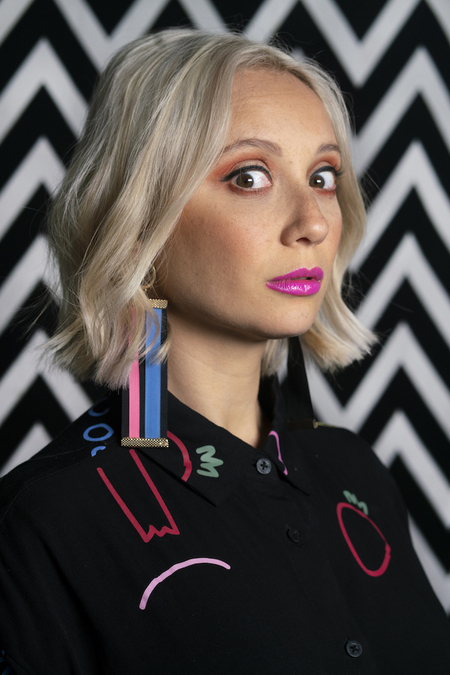 In the early naughties Jenny Bede was in the obscure girl band Cherry Falls. She mentions this infrequently before leaving the full video evidence—their unorthodox cover of an eighties classic—playing as the audience leave. Only we won't leave. Bede, at the back of the room with her bucket, is left shouting: "Why are you watching this shit?"

We're meant to watch for a bit – she's set it up that way. But there is a sense the younger Bede in the video, mocked by today's Bede in tonight's show, has travelled forward in time to have the last laugh. Because although Cherry Fall's version of Fine Young Cannibals' 'She Drives Me Crazy' has the comedic cringe factor of someone reading out your teenage love letters, it's also a lot closer to the real thing—to fame—than most of us here will ever get. And so we keep watching.

The story of Cherry Falls, however, remains the path-not-taken in Bede's third Fringe show. From the top, she demonstrates her repertoire as an actor and singer, with a piercing sting of social commentary as she lists the pigeonholed bit-parts from her CV and showreel. She frames it together with the idea that musical-man of the moment Cameron Mackintosh is here to see all the musicals she's written. As a structural device it works fine, but it doesn't match her talents. Bede is strongest when she loses herself in the songs, letting her vocal range sing for itself.

Jenny Bede: The Musical leaves a strong impression of obvious ability, but also one where a compelling story is left loitering as the subplot.